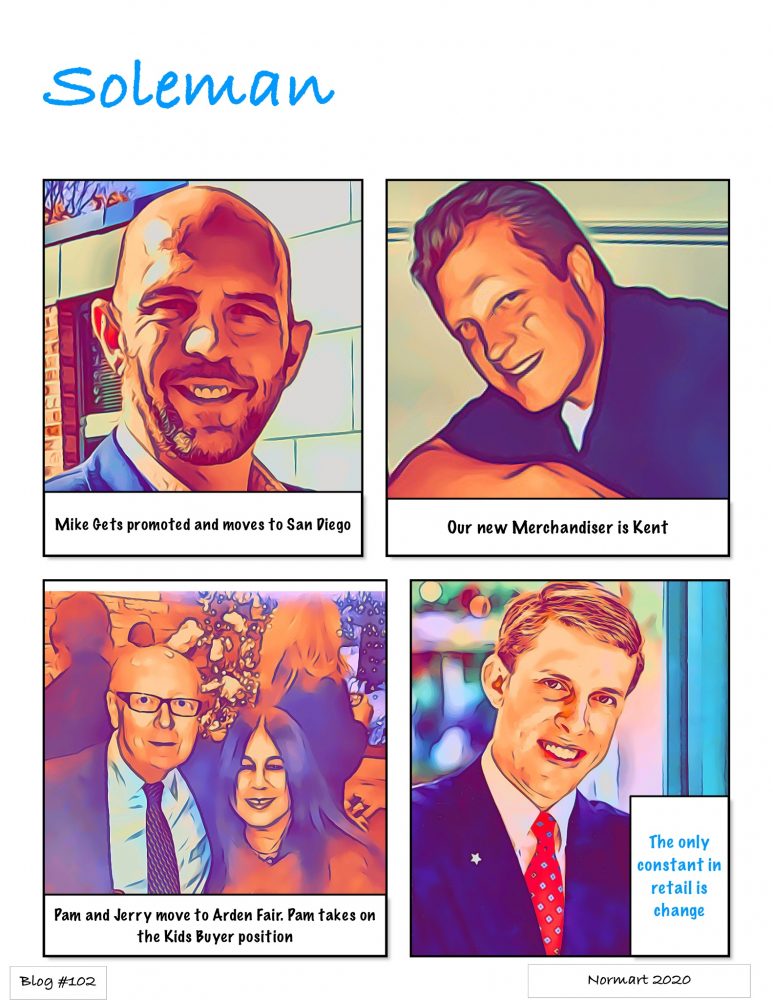 In Blog 101 I talked about the other buyers I worked with in the Eastbay and one that was in the City region. In this blog I want to talk about How change is constant in retail.

Retail is constant change. With people getting promoted and moving on or just leaving the company to find other opportunities. The thing is it happens all the time. To adapt you have to expect it. One such change happened again in the East Bay. Mike got promoted again. He was a really great Merchandiser and was rewarded for it.

We got the news Kent would be our new Merchandise manager. He had been with the company awhile too and had a good track record of running a good business. He called me when he got to his new office and we went over what was going on with our business. I felt like I knew him for years and we just met. I was thinking he was going to be great and felt I could learn a few things from him in the process.

I was going to miss Mike as well. We established a great relationship with each other and I learned a lot from him. He was different than my other Merchandise manager as he had his own style. The key to change is to absorb as much as you can, while you can. So far in my career at Nordstrom every change was positive and I learned a lot from each experience.

At about the same time Elisa who had replaced me as the Kid’s buyer was moving on and Pam would be replacing her. I always liked Pam from my previous experiences in Kid’s and was looking forward to working more closely with her. At the same time I’d miss Elisa as she was always friendly and in good spirits. Pam’s  husband Jerry was also coming over to work in the Men’s Department. Little did I know he’d be the future Mayor of Zappos at that time (Blog 95 ½).

The only true “constant” in retail is change. Embrace it. Hmmm, sounds like a future core value I’ll soon be familiar with.