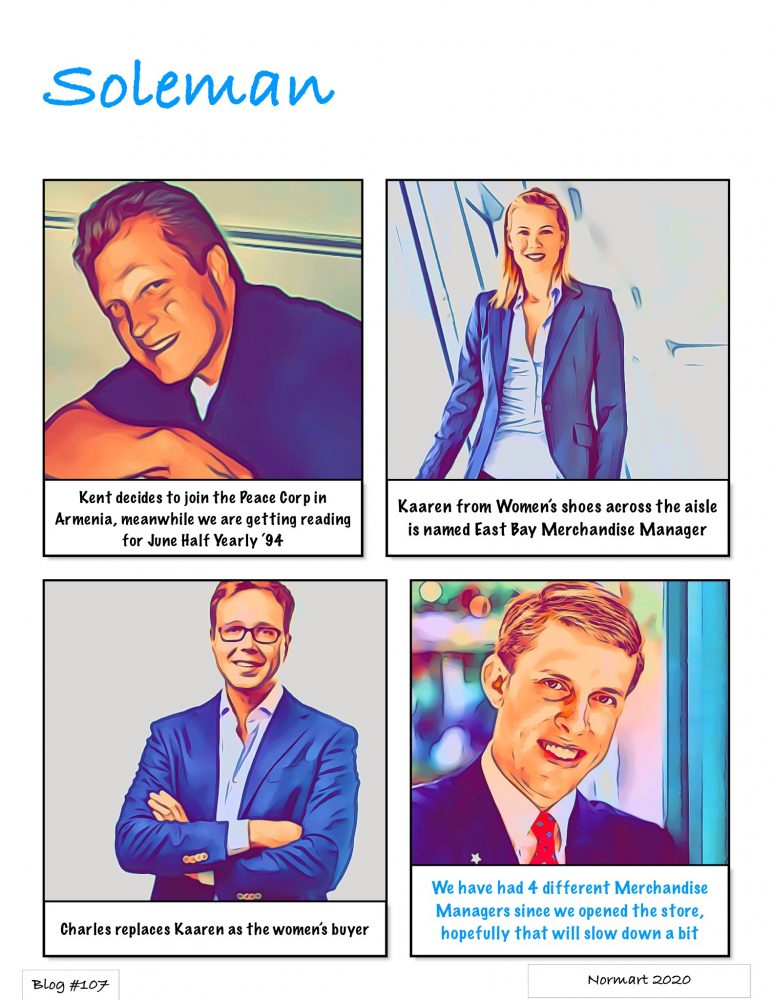 In Blog #106 I talked about how I realized revenge wasn’t so sweet after all. In this blog I want to talk about further changes we experienced.

Kent decides to join the Peace Corps in Armenia. Right before June Half Yearly. It stirred a lot of emotions for me. I really liked Kent. He taught me a lot and I liked his style. We always had really great conversations and still do today. But he was following his passions. I respected that as I did for everything Kent taught me. I was going to miss him.

The other thing it did for me was to make me think of our family tree. Back in 1871 the “Yanikian” family migrated from Armenia to escape the growing tensions in that region right before the Armenian holocaust. Mardiros (Frank) Yanikian traveled by horseback from Erzeroum to Liverpoole. Arrived in Philadelphia in July, 1871. He was so happy he said I feel like a “Normart” (which is Armenian for “New Man”). From there the family was the first Armenians to arrive in Fresno and eventually settle in 1885.

So back to Nordstrom. Kaaren who was the Buyer in Women’s shoes became our new RMM. She was great. We had worked together for some time now so I knew her pretty good. we had travelled together, been at the same dinners and functions. She was just a really nice person.

Charles who came from one of our Utah stores, replaced her as the new Buyer for Women’s shoes.Over the next few months Charles and I also shared a few times together at dinners and grabbing lunch together. He was a good family man which I appreciated.

Like the old saying goes “The only constant in retail is change”. Oh so true. Kaaren and I had a really good relationship so I wasn’t too worried about her as an RMM. She was really smart and had a great personality. I was excited for her and equally for the region. The bonus was she knew the store and our area well so I felt it was a real positive for us.