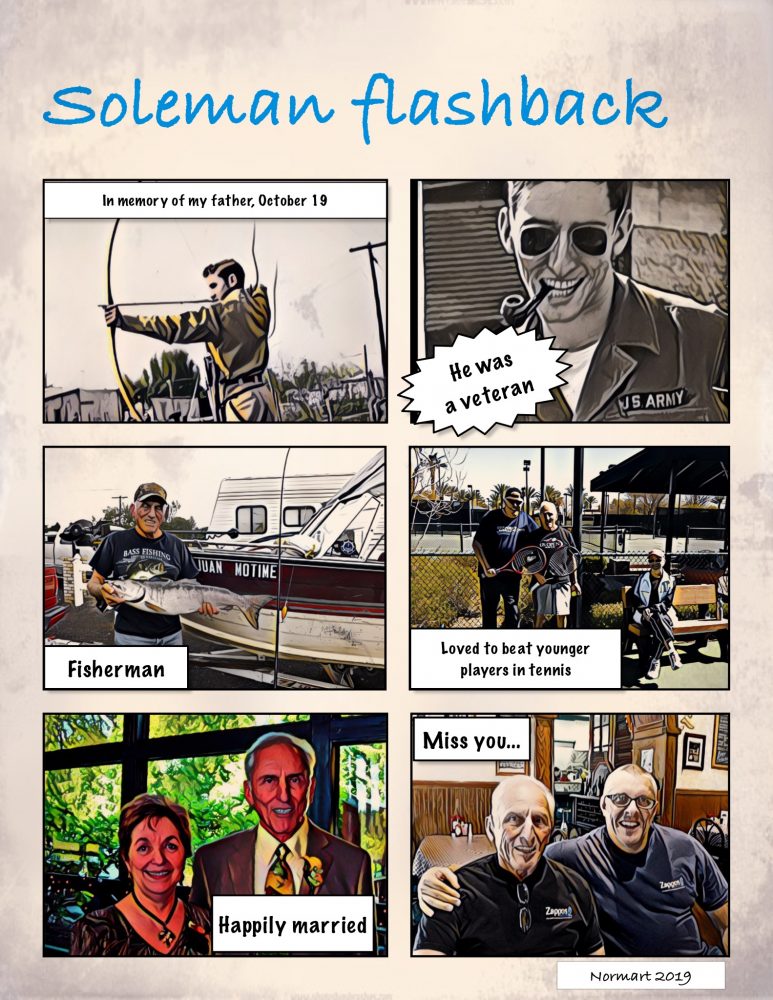 So, in Blog #12 , I talked about how people usually leave bad managers. In this post I want to talk about my father who was born today Oct. 19, 1936

My Father, William “Bill” Normart Jr., died Saturday, Oct. 10, 2015, he was 78. I remember Tamara calling me while I was at the gym. “Your dad is being rushed to ICU!”. my father had survived a triple by pass three months earlier and the doctors thought he was strong and would be ok. “Do I need to fly out there?” I said. She said the Doctors thought he would be ok. 30 minutes later I get the call, “Michael, he’s gone…” I was crushed. How could this be. We had so much more to do together. Luckily I have no regrets as we were really close.

My dad’s parents were Sevart “Si” and William Normart and his sister is Linda Garvin who still lives in the Fresno area. He attended schools in Fresno and served in the U.S. Army, returned to Fresno and attended  Fresno State College. 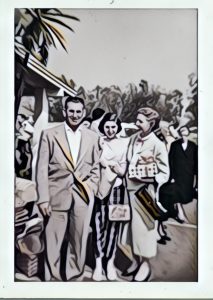 In 1959, my parents were married and my dad went to work for Sears Roebuck and Co.  This was also the year that I was born December 18th. 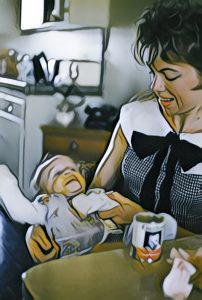 He worked his way into management and was a loyal employee for 40 years. My parents divorced in 1979 and my dad moved to Idaho as manager of the two catalog stores, one in Lewiston and one in Clarkston. In 1987, Sears built a new retail store and he chose to stay with the Lewiston location and moved from catalog back to the retail division of Sears. 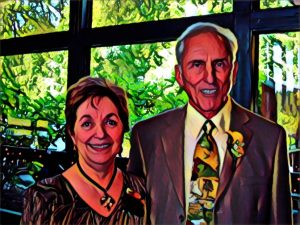 In 2006, my dad agreed to manage the Habitat Store that was opening in Lewiston. He planned to spend a year and loved it so much he worked until June 2010.

My dad loved tennis, having played with the 6 a.m. tennis group since the early 1980s. He was also an avid fisherman and golfer. My dad planted a garden every year and was always delighted at harvest time. He loved living in Lewiston because sports/fishing was only 10 minutes from home and tennis only seven minutes; plus there are multiple golf courses to choose from in the Lewiston-Clarkston Valley. 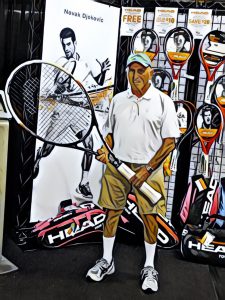 My dad shared his love of fishing, tennis and golfing with his family and friends. He also enjoyed spending time traveling with his wife, Tamara, visiting friends and family across the country as well as attending U.S. Open tennis tournaments. He would often “stop by” in Vegas on his way to Indian Wells tennis tournament as well.

I remember fondly all the fishing trips we had, he would often say at the beginning “we’re gonna murder em!” sometimes we did and other times not so much. The best part was just spending time with him all day. He loved black licorice and before his heart problems he would get a bucket of KFC mixed original recipe and crunchy. 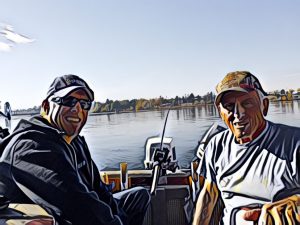 When I was younger he would take me hunting, ducks, dove, pheasant were the main ones. We would get up at 4am, he would make piping hot tomato soup and put into a thermos and get the KFC he bought the day before and we were off. We had so much fun together and he was a great teacher on how to do things. 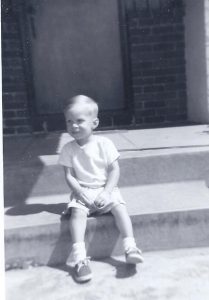 The fact is he was good at almost everything. He could fix anything, whenever he used to visit when I purchased my first home half the time he would help me install things like ceiling fans or fix the plumbing or electrical. Later on I would tell him what I needed as I just wanted to spend time with him.

My dad was super competitive too, when I was a young man in my twenties I was able to keep up with him and we shared beating each other equally. As time went on I didn’t play as much but he still continued playing in tournaments almost every year. 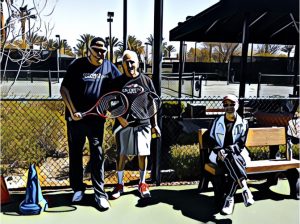 I started playing a little bit in my 50’s and I remember him calling me out one day while he was visiting from Idaho. He said “ I bet you won’t even get one game on me today”. Problem was I feared he would be right. I had been taking lessons to get my groove back but he knew how to run me around, dinking shots here and there to get me winded. It worked…It was 0-5 my serve, if he broke me again he would be right. I dug real deep. Imagine the deepest cavern in the ocean deep. I aced him with my power serve 3 times in a row. I knew I had him. He got the next point but I wanted to put him away so I did. I cant believe even to this day I was so happy to prove him wrong.

My dad was pretty frugal too. I remember one time I was coming up to visit with him and I bought him a bottle of Grey Goose vodka. He loved my vodka drinks so I thought I’d treat him. I knew he was still drinking the cheap stuff so I told him I was bring some premium vodka for him. We get there and he tells me he has Premium vodka. I looked at him kind of bewildered like “since when?” he pulls out a plastic bottle that says “Premium vodka”, always the comedian

My dad was pretty funny. I think I definitely took that trait on as did my younger brother David. He would often send me jokes by email and preface it by “who sends me this stuff?” he liked comedy records and I loved watching him crack up at the Pink Panther movies.

(click the link for a good laugh)That was the best.

I learned a lot from my dad early on as I stated in Blog 5 ½, teaching me the value of attention to detail. He also taught me to believe in myself and “if it’s to be it’s up to me”. My dad was my biggest cheer leader it made me happy when he was proud of me, I tried my best to make him proud often. I would often call my dad especially the last 5 years, on the way to work. We would talk retail and life stuff for twenty minutes each day. I miss those talks….

I often get choked up now when I think of him. He was such a strong force in my life, I think that’s why I try my best to do the same with my kids and my extended family at work. This usually happens when I have a drink outside and am barbequing something as he loved to BBQ. 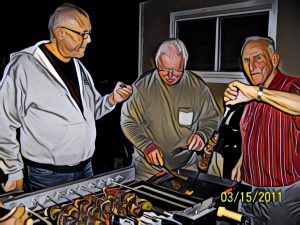