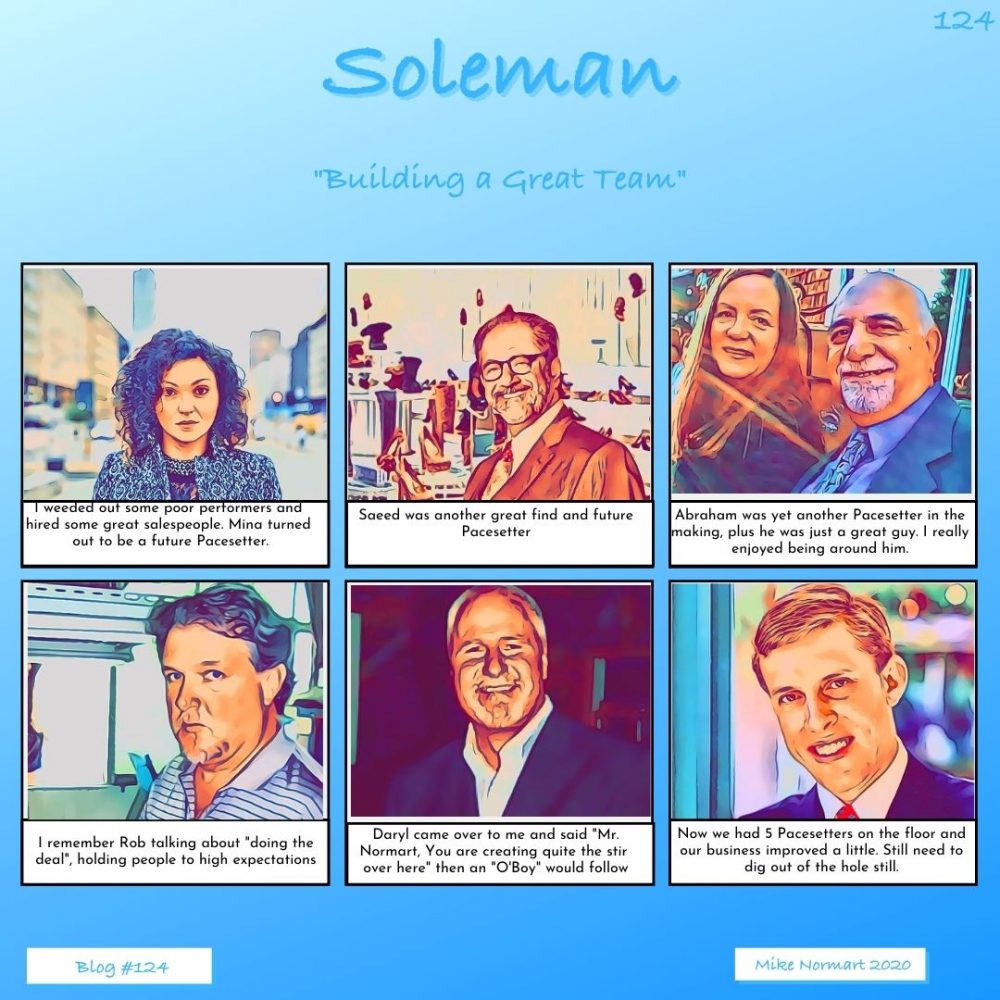 In Blog 123  I talked about a defining moment in my career. In this blog I wanted to talk about Building a great Palo Alto team.

I started giving people reviews on their Strengths and Opportunities. From there I started ranking the floor accordingly. It created pretty high tensions with the team. They weren’t used to being held to high expectations. As Rob would say “I did the deal”.

Daryl would edge closer to my side of the floor and whisper “Mister Normart…you are creating quite the stir” then he’d chuckle and throw out an “O’Boy”. That was our code for shit is going down…

We started interviewing people. Helen (The 1st Asst.) & I interviewed three amazing people out of about 25. I hired all three, and released three people at the bottom of the schedule.

Mina was this quiet person with lots of intensity. She would glide along the floor and keep everyone on their toes. Mina quickly became a top salesperson and was on track to make Pacesetter. A true proffessional, she was friendly and suggested great additional items.

Saeed was a salty older gentleman who was also a great salesperson. His eyes would see right through you with intensity. Saeed also had a really funny personality. “Let me tell you something Mike…: he’d say with a thick accent. He’d always end with something new each time. People trusted his knowledge though which was a great addition. Another example of someone who got on track for Pacesetter as he was always moving.

This guy was a gem. Abraham was a great salesperson and the nicest guy you would ever meet. We always had great conversations together and they were always heartfelt. You could see it in his eyes, he meant everything he said and it was always good. He quickly got on track for Pacesetter too, he was reliable and consistent. I could always count on him.

So now we had 5 Pacesetters on the floor and needed to dig ourselves out of the hole we created. I wanted Nora on my floor pad more than anything I could think of and was determined to make that happen.