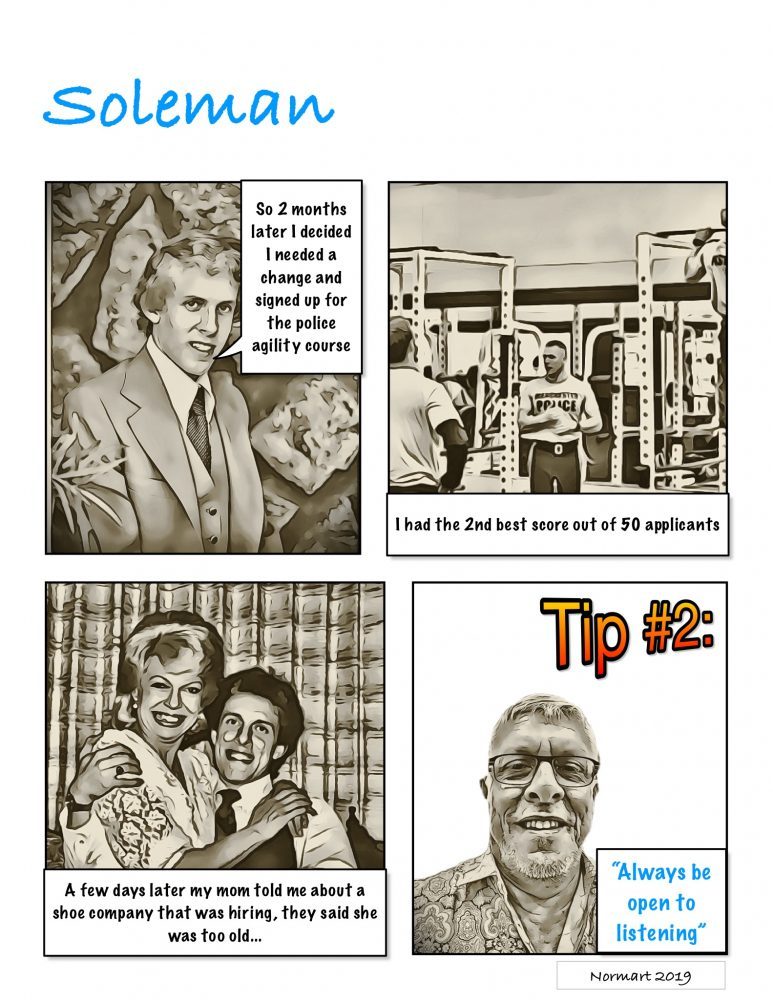 I was getting burnt out from being over worked (in Blog #1). Also, my parents had just gotten divorced. My middle teenage brother was running all over my mom, and I felt I needed to take the place of my dad who had just moved out of the house. Even though my dad wasn’t around much, he always instilled a hard work and “do the right thing” ethic in me.

So, I decided to be policeman…made sense. I can protect with honor, work hard, do the right thing, and get paid. What a great new career!  Our family had a long history in Fresno starting out as the first Armenian family in 1878 starting with Krikor Yanikian to arrive in town.  We also had relatives that were well known business people and even a famous boxer, Onig Normart. What a great way to give back to our community. So, I started taking the tests.

I turned to my mom, who was now looking for a job at a nearby children’s shoe store after the divorce and asked her for her advice. She told me of this other shoe store that was hiring. She had actually applied to be a salesperson there, but they told her she was too old. But, I should do it; at least while I was trying to figure my life out. So, I applied at Koby’s shoe store in Fresno. By the way, times have changed. Kobys was later bought out by Payless, which was bought out by Wolverine World Wide.

So, my 2nd tip is to always be open to listening. There’s a lot of power in being quiet enough to listen. Listen to your gut, and also listen to others. You may hear something that will help you along the way.