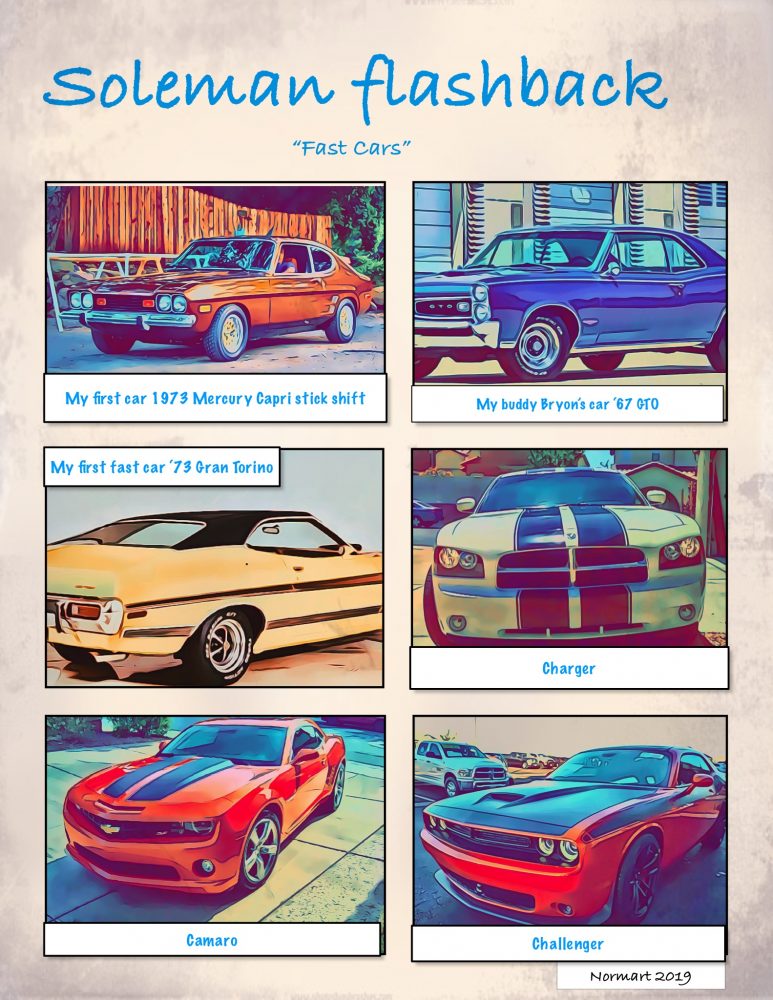 I have always been a “risk taker”, in business and in life. In business you have to take calculated risks to move forward and learn along the way. In life it’s not too different. At least for me. Part of my dna for risk taking has been for my love of fast cars. I have always loved fast cars, especially muscle cars.

My first car was bought in 1977. It was a 1973 Mercury Capri. While not a “muscle car”, this car was fast. It was light weight ,had a V6 and also had a stick shift. I loved surprising people with its speed. It was better out of the gate but a good muscle car would eventually take it out. My friend Bryon had a 67 GTO and my other friend Craig had a 67 Camaro. I so wanted a muscle car and especially a Camaro or a Challenger.

One rainy day I was going to school when someone in front of me rear ended the car in front of them and I was at the end of the pile up. I was devastated, my first car was totally messed up. It was a surreal moment, I saw the red brake light for a split second, then everything turned to slow motion. My foot quickly stepped on the brake and all of a sudden I was skidding into the back of the car in front of me. The hood came up to me like an accordion only with no sound. I was dazed by the impact but okay. I remember calling my dad to tell him I was in an accident. I remember becoming overwhelmed with emotion, my first car…

We had it fixed but it never ran the same.

I saved up my money and bought a car similar to the one on the 70’s TV show Starksy & Hutch except yellow. It was a 1973 Gran Torino with a 357 Cleveland engine. The car on the show was actually a ’74. My grandpa Osterholtz helped me install a racing manifold and a 4 barrel Holly carburetor. I added headers and Mag wheels and finally had a true muscle car. We spend hours in that garage trading stories while he puffed on his cigar. It was an awesome “grandfather to grandson” moment that I still hold dear to my heart today. He would put on his oil smudged white overalls and “talk” me through the whole process.

I remember driving to Bakersfield with a friend of mine, racing cars all the way. I beat some pretty fast cars. We stopped at a diner and this truck driver came up to me and said  “ Is that your car”, I said yes. Well you better lay low the CHP was describing your car on the airways. We stayed there for awhile then went back home. I think I must have had about 5 speeding tickets with that car. It looked fast and sounded faster.

Another moment was at the Fresno Airport, Clinton Ave. was a 1/2 mile stretch of a windy long road, perfect for racing I thought. I wanted to see if I could take it to 120 mph. Well I got it to 120 then decided to slow down as I was afraid of losing control. Muscle cars are better when it’s straight. There were a few other “not so smart choices” in that car but I survived it all.

My middle brother ended up  “borrowing” my car one night, right when I was in the middle of fixing some things up and blew my engine. I decided to sell it as is and buy a commuter car. I regretted that choice as I loved that car. Later in life I had this vivid dream that I still had the car and it was on its last leg but still drivable, not sure what that means but probably my regret of letting it go.

I got talked into “responsible cars”for the next 20 years…Honda’s, Thunderbirds (not the cool 50’s version) and a few Toyota pickups. Never looked back at any of those cars…

2007 comes around and I decided to turn in my truck for a 2006 Challenger. It was pretty fast with the 6.0 liter Hemi engine. It was white with black racing striprs down the hood. When I started dating Linda in 2008, it was a lot of fun taking the 4 hour drive to Southern California on the weekends. I had a few moments of racing mustangs and other muscle cars along the way which brought me back to very fond memories of my Gran Torino.

In 2010,  the new Camaro comes out and I was drooling over it. Kept finding myself looking at it in magazines and and online. Decided to pull the trigger and buy the SS SRT which at the time was the fastest model. I put 50,000 miles on that car driving up every weekend until we got married in 2012. I found myself looking back at the car after I parked , what a beauty it was . Orange with a black racing stripe down the middle of the hood.

I strained my back lifting something one day (ok, it was a case of wine) and found it increasingly hard to get into a lower car so I decided to be “responsible” again and bought a BMW, it was fun and handled great on the corners . I still needed a larger vehicle though so I eventually  bought a Jeep. It was a great car, drove super smooth but something was missing, so in 2018 I pulled the trigger again with a 2018 Challenger. What an amazing car. The roar of the engine, it’s so fast I have to be careful of putting on the gas but it’s exhilarating. Whenever I park, I always look back at how badass it looks.

My thought process was this, I didn’t ever look back at my car when I had the Jeep. It was a great car but I never looked back at it. Now I do every time and think to myself, damn that cars hot. At some point I’ll probably get a truck or another Jeep at some point but for now, I enjoy looking back…

So you might be thinking, “this doesnt have much to do with the footwear industry”?.

Is he going through another mid-life crisis? Simply put, no…The footwear industry is a large group of people that feels like a close knit community. All of us have our stories that make us who we are and how we treat each other. My Flashback blogs (the blogs with “Flashback” and end in a 1/2)are created to share parts of my life that did just that,  mold me into the person I am today.