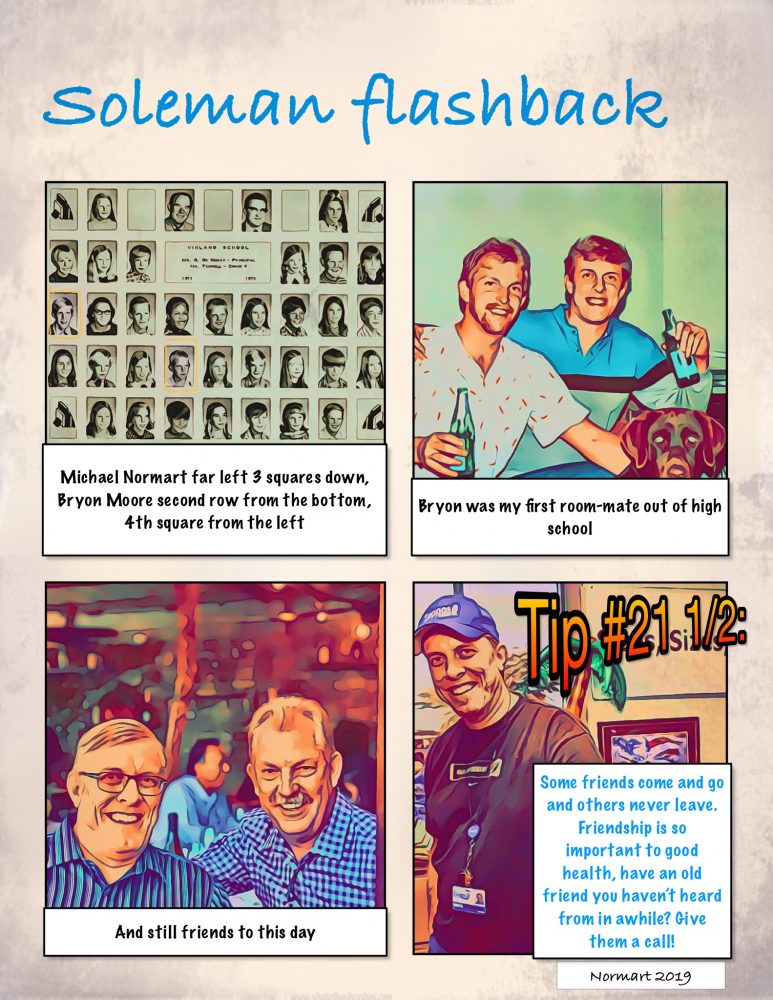 “Friendships to be thankful for”

So, in Blog #21 I talked about how we maximized a hot item. In this blog for Thanksgiving, I want to talk about Friendships we have and certainly something I’m thankful for.

I met Bryon in 5th grade and we started hanging out with each other. In 6th grade we actually had the same teacher, which wasn’t exactly the best for our education. We played off each other in class, usually ending up in detention picking up paper after school, for our dear teacher Mr. Terrell. He would always call us by our last name, “Mr. Moore and Mr. Normart, you will be picking up paper after class”. Two class clowns in one class must have been challenging for him. Mr. Terrell was a gentleman though and very professional. I learned a lot from him.

So because of the way the school districts were drawn, Bryon went to a different “Jr. High” than I did and we didn’t connect in school until Hoover High, because my family moved close to the school. It was like old times again. We both graduated in 1978 and I remember Bryon launching himself off the stage once he got his diploma. It was so Bryon…reminded me of his “Super Hero, The Fly”. 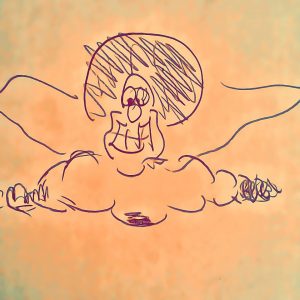 We decided to become roommates a few years later. We got an apartment at the Del Monte Pines apartment complex. It was a total bachelor pad, Black velvet sofas and a 100 gallon salt water aquarium. Bryon’s dad made the wood stand for the aquarium too! We both worked hard and stayed up too late watching the tonight show together. Johnny Carson was in his prime back then. We were by a train track, so the train would come late every night, so I guess we thought we’d just stay up late.

We would barbeque or eat pretty well together as well. One night I decided to make an enchilada casserole. I must have bought a can of “hot” green chilies instead of mild because both of our eyes were watering lol. Bryon being a good sport ate it anyways.

Bryon was an EMT at the time and eventually got transferred to a different city. I eventually moved in with another friend of mine named Harold, who I also went to high school with.

So time went on and I got transferred to Hawthorne Calif. I remember going on a date and was looking for the girls house in a neighborhood I wasn’t familiar with. All of a sudden I hear “Hey you Hoser”. It was Bryon. “What are you doing here?” I asked , He asked it back to me. “I’m going on a date”, I so wanted to catch up with him but time didn’t allow for that. Fast forward to 1985 and the same thing happened in San Mateo except I was working in the mall. This is when I stayed with him for a few months as I will cover in my next Blog #22. We seemed to go in and out of each other’s lives over the years. He came to visit when James (my son) was born and then we fell out of touch for a long period of time.

I was thinking about him after looking at some old pictures and decided to call him. He informed me he had a heart transplant and he was doing well. Since that time we make sure we stay in touch and have spent some good times together recently. Time is so precious and sometimes its easy to get caught up in “life stuff”. He is like a brother to me, I love this guy like my own blood. When I asked him if he would come to my daughter’s wedding, he didn’t hesitate. I was so glad he came and so was my daughter.

Friendships come and go but some last a lifetime. Friendships mold us in to who we eventually become. Have a friend you haven’t talked to in a while? Give them a call, you will be glad you did…