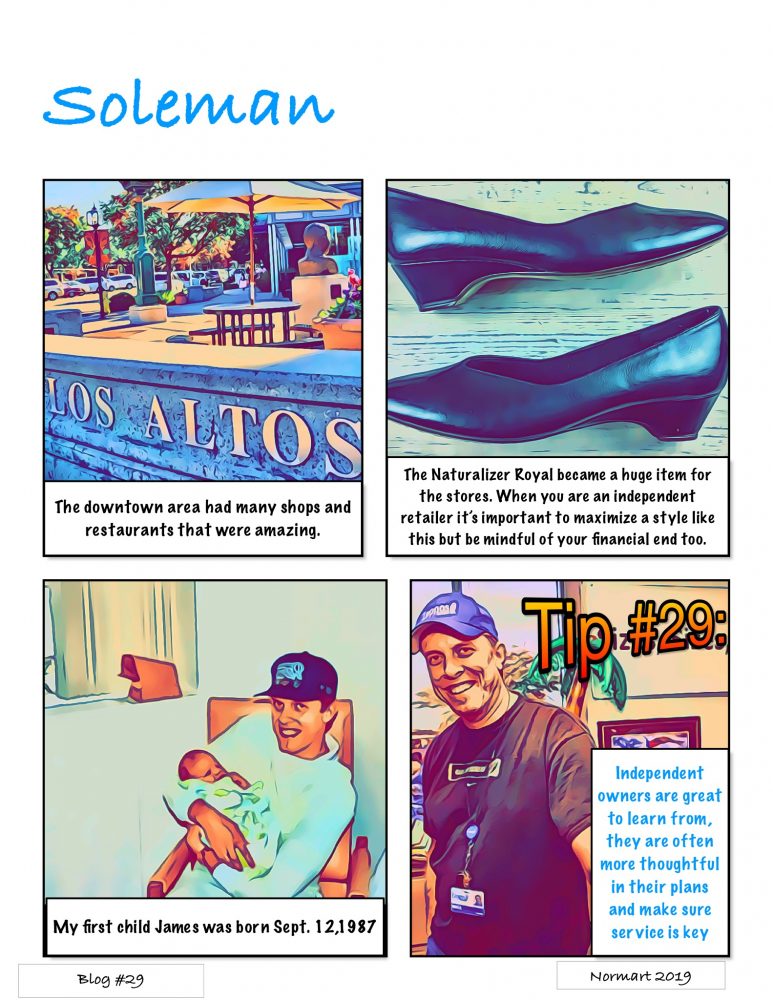 So, in Blog #28 I talked about staying focused while enjoying success . In this blog I want to talk about working for an independent owner.

As I said in Blog 27 when you are an independent owner, you really have to watch your cash flow as it’s your money you are dealing with and not some big corporation. I didn’t realize the scope of this until the “Royal” arrived. This shoe was a monster. We sold every pair when our first order came in. The style came in an assortment of different colors. Black, Taupe and Navy were the best.

The next buy meeting Greg showed us many more colors. Jim would just chuckle. I think there was close to twenty different colors now with a crocodile print and color blocks too. Since Jim had to basically pay the bills we had to sit down and figure out a game plan on how to fund this. With Greg’s help on “securing pairs” for us without PO’s we made it work. This was good for us as we could buy a little bit more initially and also be assured a good flow of reorders as well.

This also introduced me to how to figure out how much inventory I needed to achieve my turn goals. Turn is basically how many times you will turn your inventory. If its too fast you can miss sales. If its too slow you can eventually end up marking more down. so if you are selling 12,000 pairs annually and your turn goal is 4 you should have 3000 average pairs in stock.it can go up or down based on demand but the average should be around 3,000. So I had learned so much in the short time I was there, my head was spinning.

It was Sept. 11, 1987 and Diane was due any minute. We had everything set up beforehand for when the big moment came. Diane had Gestational Diabetes during her pregnancy so it was considered “High Risk”. We had just a few things going on with the new job and a future baby close to being born.

When you work for a large corporation its easier to have the funding for large orders. Depending on how your terms are set up, if you have to pay those bills right away as an independent owner you have to get creative sometimes.  Working with your rep is a good first step. Also learning from an independent makes you appreciate the financial impact your decisions have on your business. If you over buy something and have to mark it down later it can be the kiss of death for your bottom line. It was great experience for me to work with jim and learn the Independent side. I have an appreciation for all independent owners in the footwear business because of this.