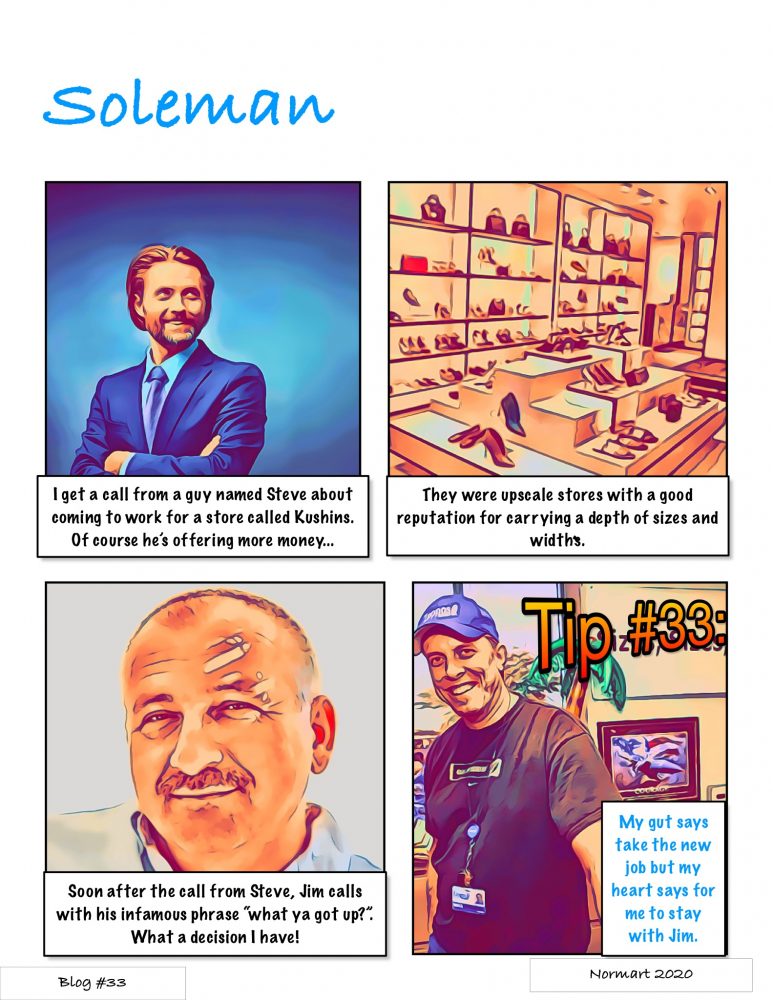 So, in Blog #32 I talked about how improving service is a good first step in turning things around. In this blog I want to talk about how you have to follow your gut feelings.

One morning I get to the store after fighting really bad traffic. I would leave Fremont and had a few choices to get to work. One route was straight down 880 which was usually pretty bad. It would connect to the Bay Bridge so there were usually a lot of cars stuck in traffic where it all would merge. The other option was 580 which was better but still not great. Either way it was an hour commute.

I went to get coffee and when I get back to the store Bobbie tells me a guy named Steve called and left just his number. The only Steve I knew was an old High School buddy I hadn’t talked to since we graduated. I was hoping it was him but chances were slim it would be. I call the number and leave a message since it went to his answering machine.

Around lunch time Jim calls me and asks “ what ya got up?” In a Southern type drawl. I figured he was having a good day or made a big sale as we were pretty competitive with each other. I was right he had a big sale, so he was beating me so far. I told him the day wasn’t over yet in fact we were just getting started.

Right after I hung up the phone rang again so I naturally thought Jim forgot to tell me something. It was Steve. He was the regional manager of Kushins and saw an article in the paper on how well we were doing. I told him I was happy where I was but he insisted on talking to me face to face.

I remember the Kushins stores as we had a nice one in the Fashion Fair mall in Fresno. I was always impressed with those stores. They were upscale shoe stores and specialized in having a lot of sizes and widths. Reminded me of Rodders somewhat.

“We need a guy like Mike Normart in our stores”. Steve told me. “Whatever they are paying you, I’ll pay you more plus bonuses”. “This job could lead to a district manager job as we were just bought out by Milgram Kagen and we are re-building”. “Could be a golden opportunity for a guy like you”.

We agreed to meet next week. I wasn’t planning on leaving but was interested to see how much more he was talking about. My gut said go for it but my heart was dedicated to Jim. Diane was dead set against it as she didn’t like change and knew I liked working for Jim. The truth of the matter was, I hated the commute as it added 2 plus hours to my day. The other aspect was Jim could only pay me so much and he wasn’t planning on opening any more stores anytime soon. This would be a tough decision.