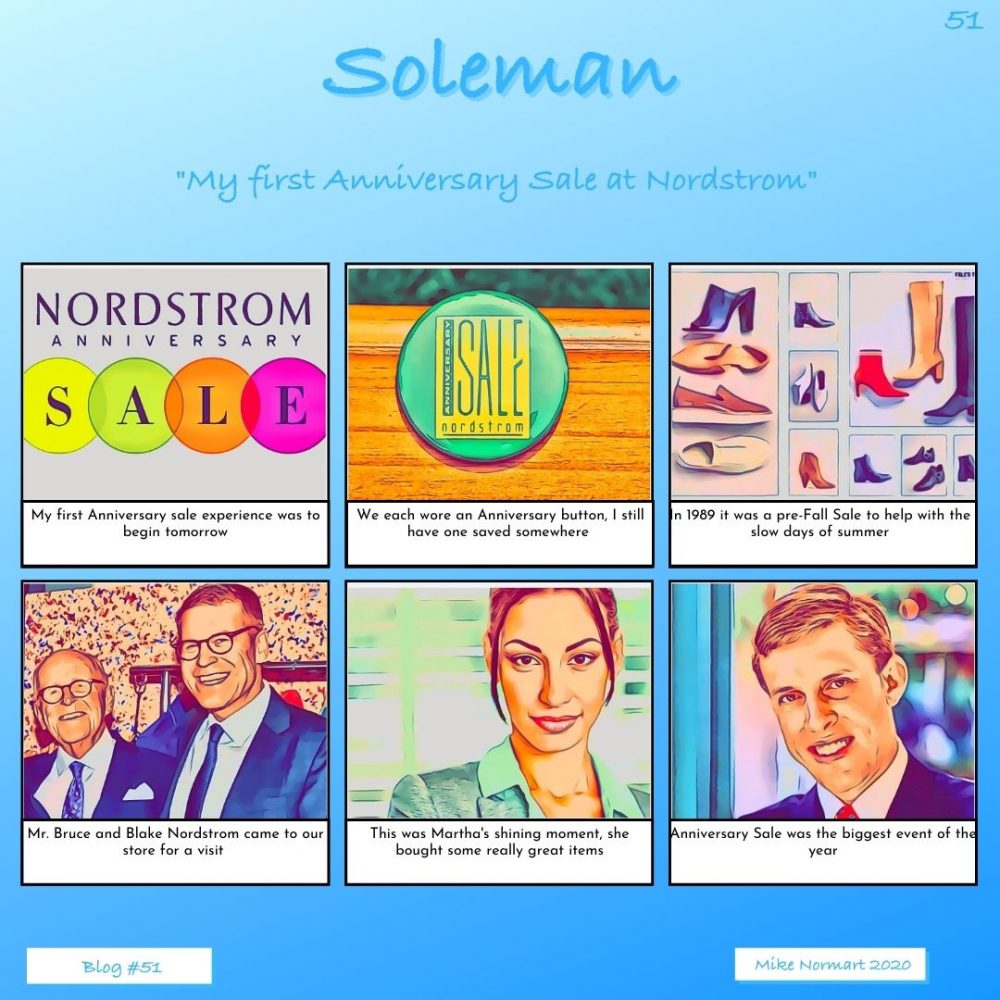 In Blog #50 I talked about why developing personal customers was so important. In this blog I want to talk about my first Anniversary Sale at Nordstrom .

We had a bunch of amazing shoes on sale. The Amalfi “Monica” which was one of our best pumps, a Bally moccasin, a shoe by Ferragamo and many, many more.

Martha and Michael were busy planning out how the floor set would look like for the event. While they were doing that,we were making the stockroom shine. Finally all the shoes were in the wall and we were ready to go.

Mr. Bruce was supposed to come in tomorrow, so we were also getting ready for a visit. I had heard really great things about him but this would be the first time meeting him.

Mr Bruce was already walking the floor early in the morning. Blake Nordstrom, who was the Store Manager of the Hillsdale store and his son, came over to meet  him. “Hi, I’m Blake” he said to me.

Martha introduced me to Mr. Bruce as  one of the newest additions to the team and said I was quickly moving up in the rankings. “That’s great” he said. Blake came over with his trademark grin “so what do you think?” I told him I was really happy and loved the company. “ Well, we are glad you are here too, keep up the great work!” I shook both of their hands and they went off to the next department.

I was dumbfounded how nice they were. I had a really giddy feeling in me, because before I met them I was super nervous. Don’t get me wrong it was still intense but in a good way.

My first Anniversary Sale at Nordstrom was finally upon us, all we had to do was open the doors. The sale first originated as a “preview” of what was to come in the fall and to combat the “Dog days of summer” which by the farmers almanac definition was a 20 day stretch between July 3 to August 11 which is usually pretty hot. What better strategy to throw a sale to bring them in.