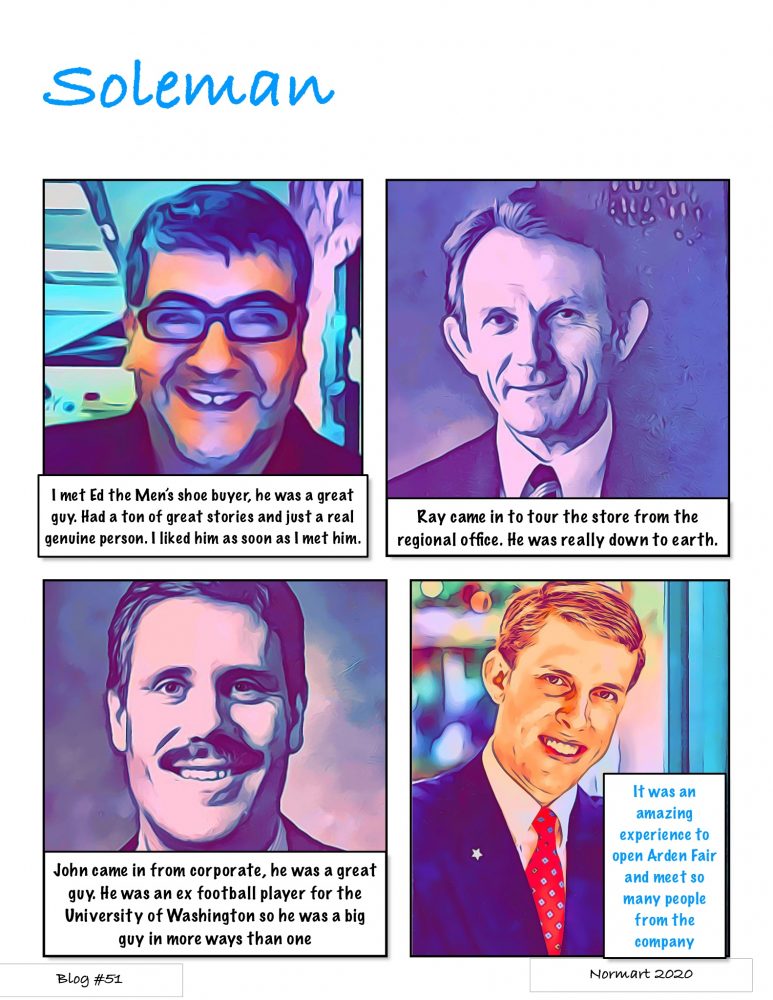 Ed was the nicest guy you could ever meet. He is caring towards others and just an all around good human being. Ed always had interesting stories to tell from his past working as an announcer for the SF Giants to people he just “knew”. He knew so many intersting people. Ed was the Buyer for Men’s shoes and had a great team. His stockroom was always neat and ran a good ship. With his wealth of connections he always had intersting events in his department too. Ed was also really easy going. I liked him as soon as I met him and we still occssionally chat to this day.

Ray J. as everyone called him. Ray was the General manager of Northern California. What a wonderful personality he had, It reminded me of Jimmy Stewart. Just a good down to earth person who was very warm. Ray came to visit the store and gave me a great big handshake and a  “How you doing”. When he talked at our store meeting it was a good feeling, I really liked him and my feelings for Nordstrom were growing stronger.

John came down from Seattle, he was in charge of the shoe division. He had a presence about him. He used to play football at the University of Washington so he was a large man. John was fit and had a very warm smile. He had a very commanding voice too. John would eventually become the very first non-family member to run the company.

All three people were amazing representatives of Nordstrom. I got to know Ed pretty well working in the same store but watching Ray & John rise in the company and the impact  they left was inspiring