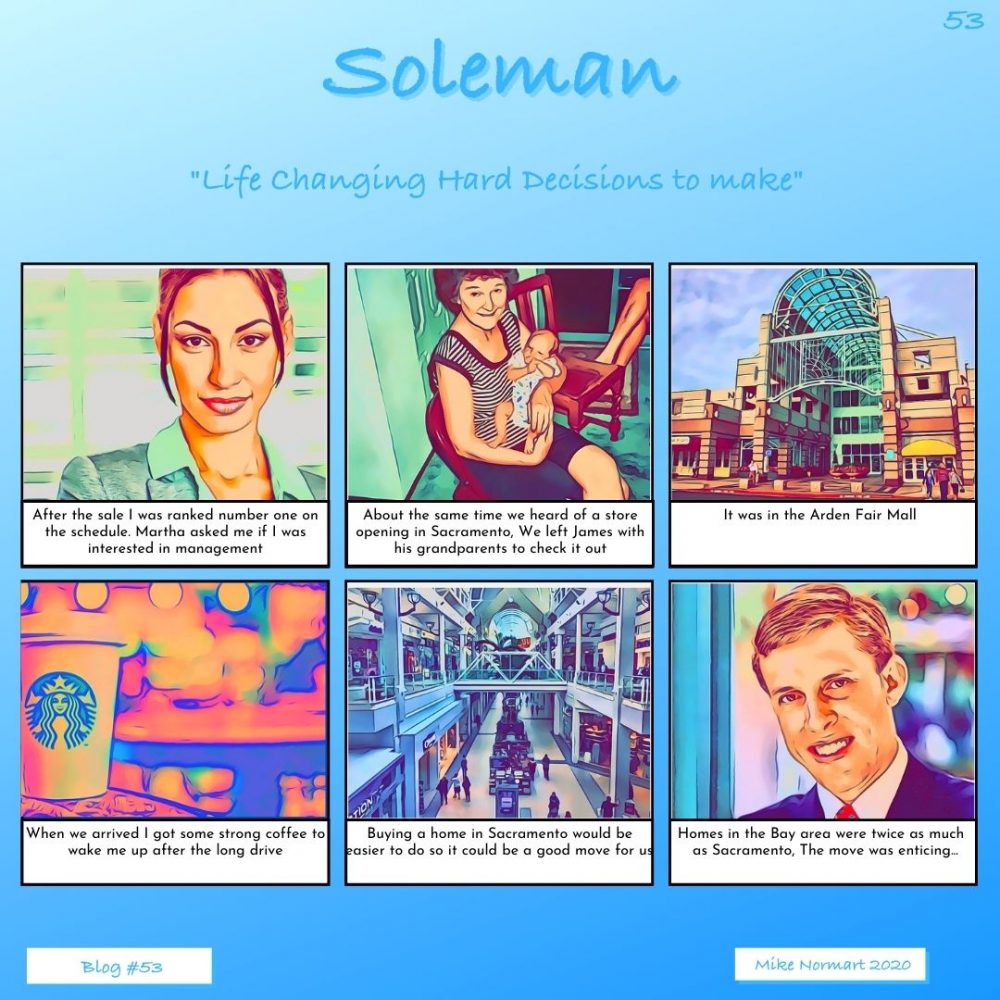 In Blog #52 I talked about about  the Anniversary Sale at Nordstrom the first day. in this blog I want to talk about Life changing hard decisions to make

So the sale was finally over, I wasn’t the top salesperson but did very well for my first event. I also pitched in extra when needed. Martha appreciated it so she pulled me aside and told me she was moving me up on the schedule to #1. Wow what an honor that was. I so appreciated her. She was an amazing person to work for and I was learning so much. “You deserve it, she said, Michael and I appreciate you”.

About the same time I heard there was a store in Sacramento that was opening and I knew the cost of living was about half of the Bay Area. I told Martha I wanted to check it out. She told me she could see about adding a second Asst. to her floor, if it would entice me to stay. I told her it wasn’t that but just economical reasons as I loved working for her.

Diane and I went over to check it out over the weekend. James stayed with Bill & Mary, his grandparents. We got there late morning and went to the Arden Fair mall. It was undergoing a remodel as there were loose tiles all over in the mall.

There was a sign in the mall on how to interview but we had made arrangements already for that afternoon with a guy named Steve. I felt like I was interviewing for the first time again.

We stopped at Starbucks to get a strong coffee to be more alert after the 1 1/2 hour drive. Behind the door could be my next step in my career at Nordstrom. I looked over some notes I wrote down and told Diane it would be about an hour.

I also started thinking about how great Martha and Michael were to me. I really enjoyed working with them. My family however was living in an apartment and this could be a step to actually owning a house. Tough life changing decisions to make.  For now I need to focus on this interview. Here we go…