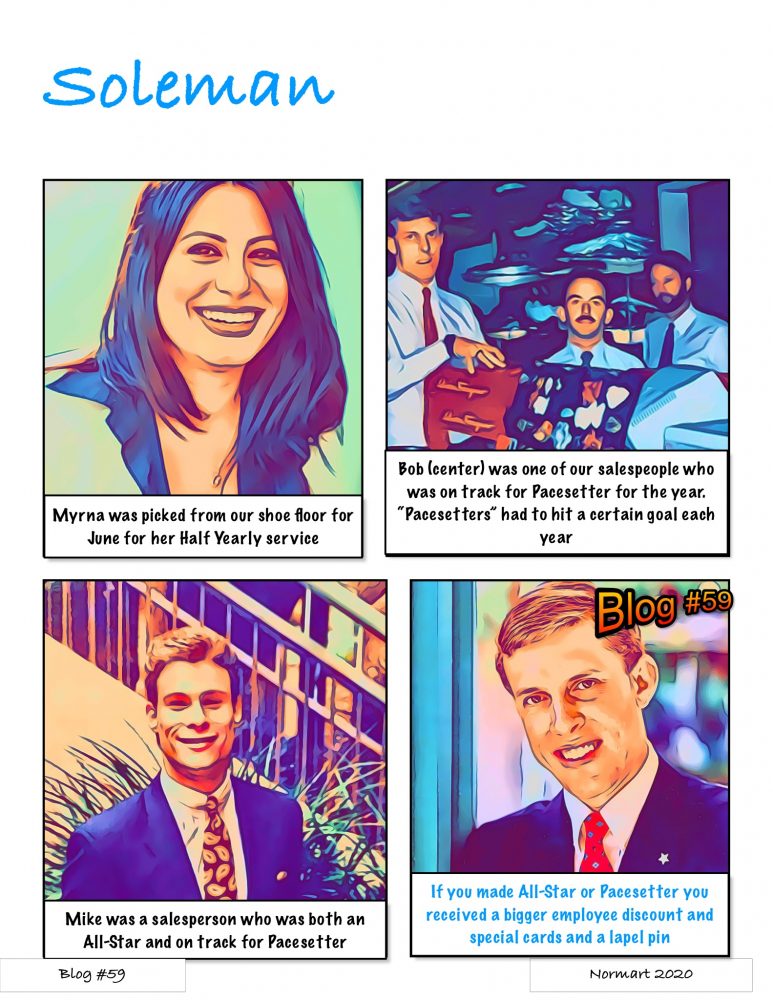 So, in Blog #58 I talked about things you hear in the back stockroom. In this blog I want to talk about All-Stars & Pacesetters.

One of my proudest moments in my career was being named an All-Star for Nordstrom. In fact the very first one at Arden Fair. It goes deeper than just being recognized. The reason I Stayed at Nordstrom so long and again at Zappos for 17 years (Today is my 17th Anniversary) is, they have given me the ability to treat people according to the Golden Rule. “Treat people the way you would want to be treated”.

An All-Star for Nordstrom is someone who went above and beyond just normal Customer Service. Usually this person has received a few nice letters dropped off in Customer Service. The Store Manager awarded The Allstar award in front of the entire store and the reason why. Nordstrom has a professional portrait taken of them to be displayed in the Customer service department, A lapel All-Star pin, 33% discount for a year and special business cards.

After the Sale was winding down a lady named Myrna was chosen. Myrna was the nicest person you could ever meet. As a floor watcher if you wanted someone to give extra care, Myrna was your go to person. She was a wife and mother of a little boy named Reese. I really liked her, it was hard not to like Myrna. She was super patient and took the time needed for the customer to leave happy.

Pacesetters are salespeople who hit a certain goal for the year. They are usually outgoing or have a gift of gab. If you are busy you want a few Pacesetters around to handle multiple customers. Sometimes you have to get on them to bring out the required 4 pairs but they usually sell at an incredible rate.

Bob was on Track for Pacesetter, he was a super nice guy too. For the most part he was on the quite side but could read the customer flow pretty well. He was a top seller on the floor and quite honestly I don’t know how he did it. Probably because he was so quite. His Jacket was always just a hair big on him but always dressed nicely. We became good friends over the years, Many people in the department like him as well

Mike was an All-Star and also on track for Pacesetter. This was quite the accomplishment as sometimes being a Pacesetter you didn’t focus on service as much as you did volume. He did both well. I believe he did both well because he had discipline. His Background was a Sergeant in the Air Force so he had strong military background. Mike was always dressed impeccably and very courteous to the customers. He was also a crack up in the stockroom. Always respectful but funny as hell. I really enjoyed working with Mike too.

To sum it all up, to run a successful floor you needed a good mix of All-Stars and Pacesetters. And if you are lucky you will have someone like Mike who can do both