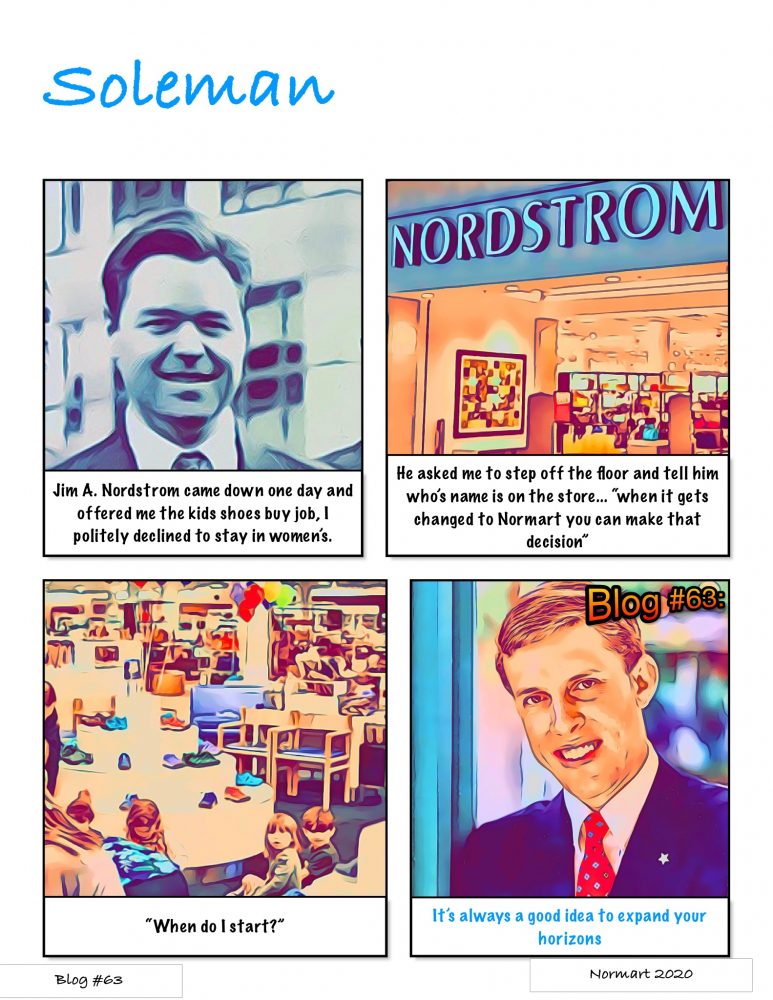 So, in Blog #62 I talked about how honesty is the best policy. In this blog I want to talk about leadership & People.

So Jim Nordstrom and I were pretty tight. We didn’t hang out or anything like that but we appreciated each other. Lets not confuse things here either, he was still the Store Manager and I worked under his leadership way down the ladder. He would usually walk the floor in the morning and talk to us about random things. In the last blog I talked about something very similar to this about how he asked my opinion on different things.

Jim came down one morning and we had just opened the store and I was watching the floor as Steve was checking on some things in the stockroom. “Got a minute?” he said. I stepped onto the floor a little away from the department and it was early so not too many customers were around.

“I want to promote you to the Kid’s shoes buyer”. He was really excited about it. A pit in my stomach came back, not kid’s shoes, I thought to myself. Not really thinking about what to say I basically just said I appreciated him thinking of me but most of my experience was in women’s shoes and I wanted to grow my career in the women’s area.

He looked at me and bit his lip a little shaking his head. “I see, why don’t we step outside for a minute”. The pit just became larger… We walked outside and he stopped, pointing at the store logo on the building. “Whose name is on the building?” he asked. “Yours” I replied. “When it gets changed to Normart, you can make that decision” .

I looked at him and said “When do I start?” we both laughed a little, mine more nervous than his…

He had confidence in me to be successful. Entering a new division took me out of my comfort zone but it forced me to learn new things and gave me the opportunity to learn the Buyer role on a much smaller scale. I learned something about team development and thinking outside the box. The kid’s areas didn’t always get the same attention as women’s so we had to be creative.

I learned so much in this position it was a defining moment for my career. Sometimes we need to be open to learning new things and different ways to do them. As we say in the Zappos culture “Embrace and drive change”. In the next year I did just that…