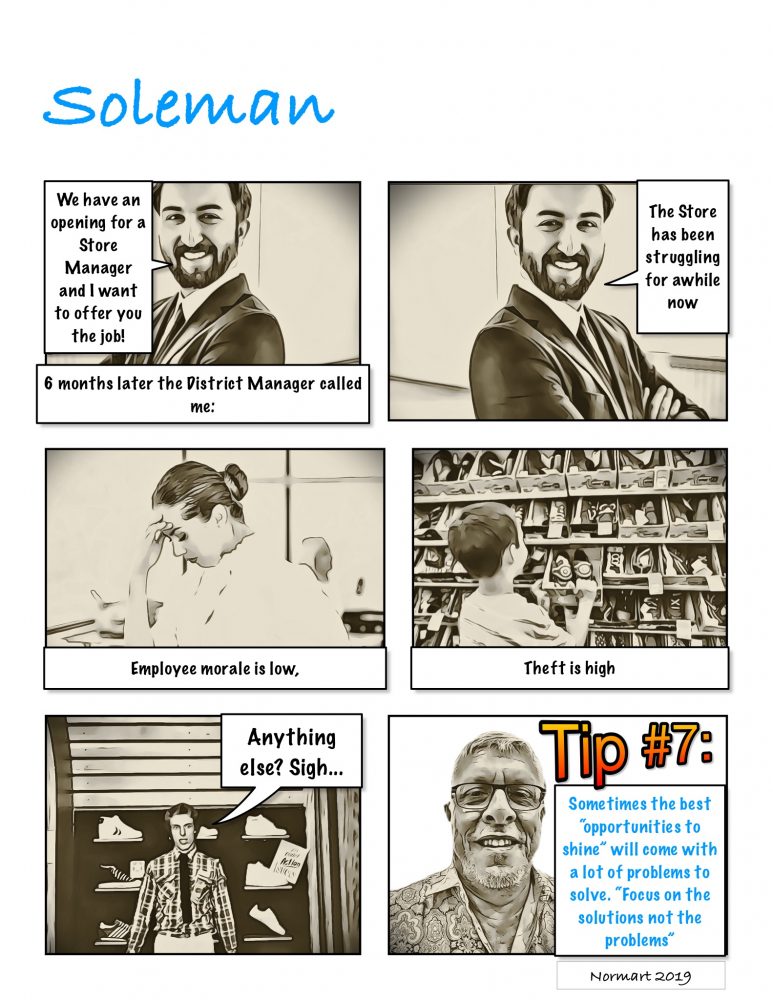 “Focus on solutions, not the problems”

So, in Blog #6,  I talked about being prepared for anything. In this post,  I want to talk about one of my favorite sayings; “focus on the solutions, not the problems”.

The District manager who’s name was Dave, came into the store and offered me a store manager job. He told me the store wasn’t performing well. The employee moral was low, and the store was located  in a sketchy part of town.  There was a theft problem; plus the store wasn’t making its numbers. My dad always told me to focus on things I could control.  So I started there.

I worked in the store for about a month, and  then I started to see the problem for myself. The employees were staying in the back doing stock work, instead of waiting on the customers out front. There was also a problem with the employees frequently calling in sick.  There were 2 people who were pretty good employees, but had set schedules.  The other two employees were problems.

Since there was a theft problem,  I figured out that the customers were taking off their old shoes, and then replacing them in the new shoe boxes. Then, they would walk out of the store with the new shoes on.

So here’s Tip #7: A store that is really miss managed,  is the best type of store to take over. Here, there are lots of opportunities for improvement. Because it can be overwhelming at first, it’s important to focus on the solutions to the problems.  This tactic gives you a plan of attack as a check off list to get stuff done. I always put things as priorities with “A,B or C”.  “A” priorities are things that must be done today.  “B” priorities are next.  If they aren’t done today, they become “A” priorities tomorrow. “C” priorities are “whenever you get to them” priorities. I had no idea I was using a Franklin Planner strategy that we used at Nordstrom years later.