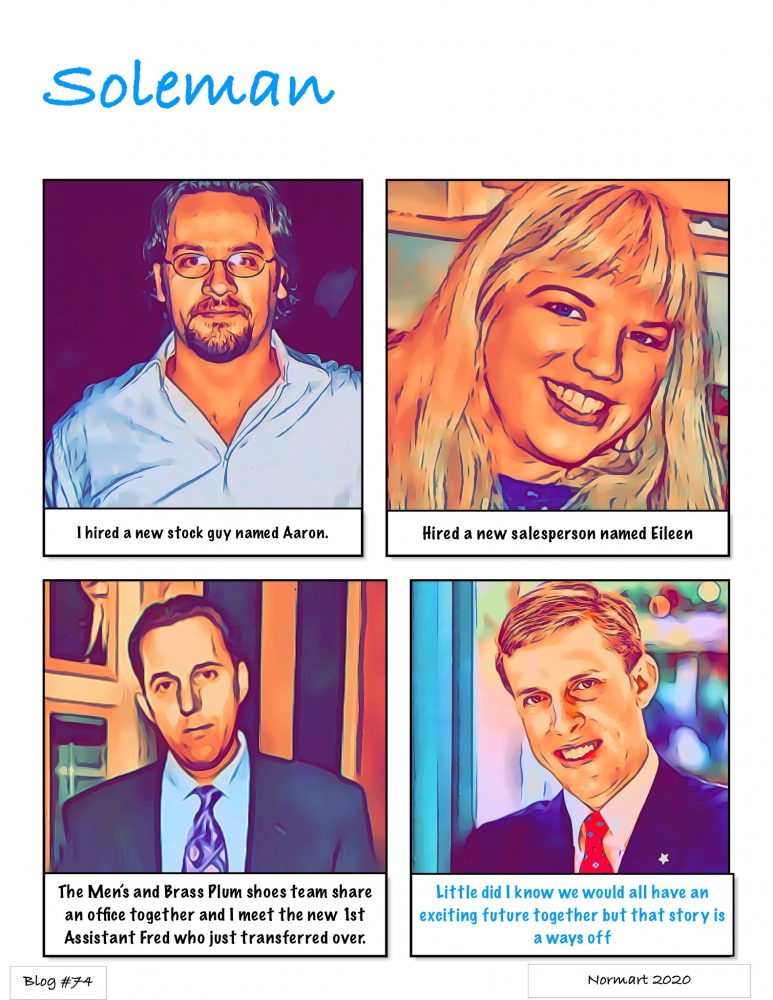 Nothing in the Golden Rule says that others will treat us as we have treated them. It only says that we must treat others in a way that we would want to be treated.

In blog  73 I talked about how important it is to be organized when running a stockroom. In this blog, I want to talk about how living the “golden rule” is so important and can sometimes help you in the long run.

In the last blog, Rob left with “Uhhhhh, make sure the stock guy is gone when I come back next week” .

I fired the stock guy and started to interview people. Jean Claude mentioned I could have this stock guy from upstairs, so I called him for an interview.

Aaron was a guy that grew up in Wisconsin and most of his work experience was in roofing. But he had worked upstairs a little bit and he had a really good work ethic, so after talking to him I hired him.

I walked the backroom with him and went over how it “should look” and expectations. Aaron looked at me and said “looks like we have some work to do”. I chuckled and said “and thats why you are here now, I’m counting on you to get us on the right path”.

Aaron was a machine, he focused on the task at hand and started from the beginning of the stockroom and in a weeks time that backroom was as perfect as you could expect. He made sure the salespeople did thier share at keeping it up from there. Aaron was like my right arm, If I wanted something done, he made sure it was done and in the right way. I remember a Blake visit was coming up and Aaron spent the entire evening “spanking out” the backroom. When I came in the next morning it was spotless. Even the old gum was off the floors.

He was a very valuable asset to have and was a big reason for our success. We grew pretty close over the next few years and are still close to this day. I later encouraged him to get on the floor and sell and turned out he was really good at it. But thats for a future blog… I will say, *Spoiler alert*, he was an integral part of me coming to Zappos in 2003.

I was also hiring more salespeople as our business was growing. I interviewed Eileen and we hit it off from the very beginning. She had a certain fashion sense which I lacked and would be helpful in growing our business. She worked on our team for about 6 months and she decided her fashion sense was more towards the Salon department, so she transferred to the “other side of the aisle”.

Funny thing was I still saw her coming into our backroom for items for her customers, so I’d “zing her” with a “Why you slumming in the Plum today?”. She’d laugh and say “you have better sizes over here”.  Over the course of our careers we have always had a great relationship and she eventually moved to Zappos pre 2003 as well ,so she too was a big influence on my decision.

Fred was a Men’s shoe guy. He transfered from the Hawaii stores and had been the new 1st Asst. for Men’s shoes. He saw all the changes we were making for the positive. When I moved down to Brass Plum shoes there was an office behind the Men’s department that was used for old fixtures. I asked Jean Claude if we could have it for an office. He agreed, so the Men’s team and my team used it for office type work.

Years later he called me to recruit me for Zappos, also a future blog…

My point in this blog is to say that you never know where your path will lead you. By treating other people with respect and kindness will sometimes open your path to many different options on wich road you take. These three people did just that for me because of the mutual respect we all had for each other.