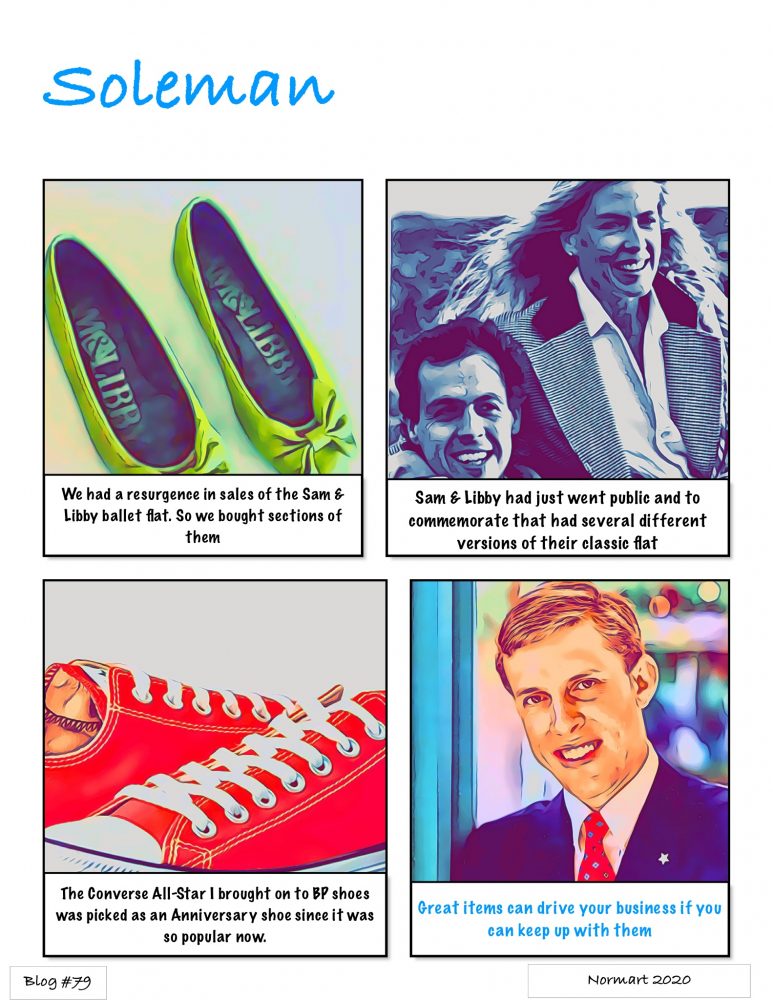 Don’t find customers for your products, find products for your customers.

So we already had success in a bunch of hot items and did a pretty good job at keeping them in stock. Another hot trend was the Sam & Libby ballet flat. It was a simple flat that came in a wide array of colors. It was really hot, everyone wanted a pair. At the same time Sam & Libby went public. To celebrate they came out with a bunch of different versions of the classic ballet flat.

There was also the personal side of their relationship that made big news. “Libby is the balance to everything I do; she’s my muse,” said Sam. “Living up to her standards isn’t always easy, but in the end, my goal is always to live up to what she represents in the world.”

The styles were so hot we had sections of the brand in so many different colors. We even had salespeople from the women’s floor coming over to our side.Mostly because their customers wanted a pair, in addition to what they were buying on the women’s side. It was a great time. I had the pleasure to launch Sam’s new line years later called Sam Edelman at Zappos. It was also a huge success. I’ve developed a nice relationship with both Sam & Libby which has been great.

The Converse All-Star I brought into BP shoes became a corporate success story. It was picked to be included in our Anniversary Sale in July. I was really proud that we had done so well and it inspired others to follow suit.

Great items come and go and there usually is a life span for each. The Converse All-Star is one of those that’s been around for a long time. When it becomes a fashion trend it increases the demand. Items like the Sam & Libby ballet flat quickly became a staple in women’s shoe wardrobe and  also had a long run.

Then there are the trends that come and go, the trick is to identify when to shut it down. That’s the fun part of buying.

One thought on “Blog #79 – Hot items make the difference”