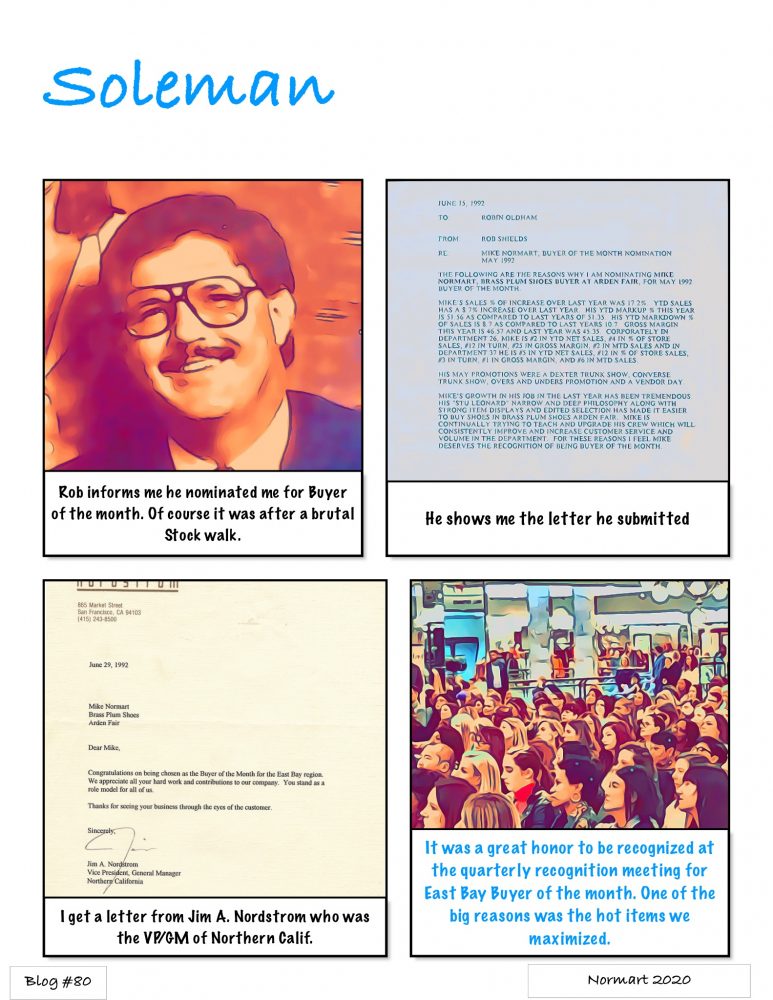 Appreciate everything your associates do for the business.

In Blog 79 I talked about how important items are in your business. In this blog I wanted to talk about how hot items can pay off.

So we have had some pretty big wins over the last few months. We identified several hot items and figured out a way to never miss a sale. We hired some great people and our business was on fire,

Rob comes in one day and tells me he nominated me for “Buyer of the Month”. Of course it was after a brutal stock walk. I thought we had it dialed but he always seemed to find things. He says “ Mikey boy, Buyer of the month is a pretty big deal but you deserve it”.

I was floored. I wasn’t trying to do things to be recognized, just putting into play things I’ve learned from my mentors over the years. It was working…

Earlier in the year I challenged the buyer in South Coast Plaza. I called him up and said we were a store on the rise. We were ranked in the top 10 this year after being ranked #20 when I took over. He was ranked #2 so I said “At the end of the year, you will be #3 and we will be #2. All he could get out was “Who is this again?”. We took number 2 for May for the very first time. Of course the challenge was at the end of the year so we needed to make sure we kept up the momentum.

At the next recognition meeting I wasn’t sure if I was going to be the buyer of the month or not just that I was nominated. That in it self was nice. So it came down to the announcement. For some sappy reason I felt like I was at an award ceremony like the Oscars waiting to see if I won.

When my name was called out I was stunned. This is really cool, all the hard work paid off. The feeling I felt in that moment was priceless. Rob looked like a proud papa which made me smile. Jim Nordstrom came over and shook my hand. “Way to go Mike” he said. It was a proud moment and I made sure to thank the team when I got back. I later got a nice letter from Jim recognizing the achievement.

This taught me a huge lesson in the importance of hot items and how to maximize them. Our business was on fire and we were a store on the rise. It was great to be recognized for all the hard work we did.