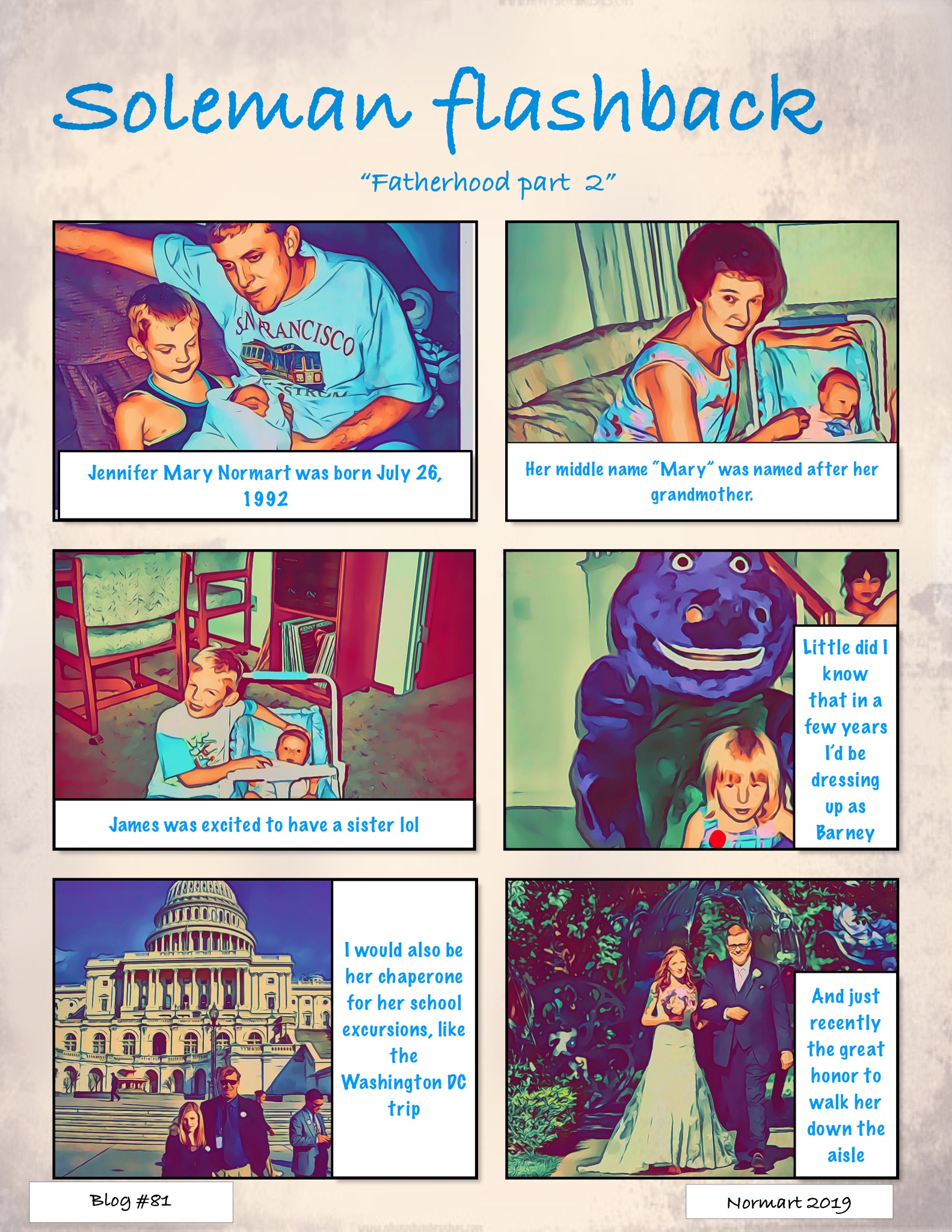 “Any man can be a Father it takes someone special to be a Dad.” Author Unknown

In Blog 81 I talked about focusing on solutions. In this blog I wanted to talk about my second child Jennifer.

So the “Lights out” episode during the Anniversary sale thankfully was the only drama we had to deal with. When it was time I took Diane to the hospital to deliver our new baby. This time we knew it was going to be a girl. We decided to name her Jennifer as we really like the name. the other name we considered was Amber. Her middle name was after Diane’s mom Mary as she was so helpful with our son James we wanted to honor her with that.

Jennifer Mary Normart was born July 26, 1992. Things went well and we were now a family of four. The emotions you feel when you have a child is unlike anything you could ever imagine. You instantly have an intense love for this child when yesterday it wasn’t there. At least in the same way. I can only speak from the husbands point of view as I’m sure its more intense from the mothers side.

James was incredibly excited to have a new sister. We had to “help him” understand how fragile a baby was and he soon was holding her in the proper way. The questions he asked were quite funny as well. He had a million of them and we tried to answer as best as we could.

Being a father to a daughter is somewhat different than having a boy. Over the years I would partake in “Tea for two” which would include Jennifer and myself and the stuffed cat named “Danielle” that she carried around with her all the time. Our household now had GI Joes and Barbies.

Jennifer’s Birthdays were always an event too. It was funny the day after Christmas she would often say “Ok lets plan my birthday now”. Her birthday was in July, lol. Pony rides, Blow up ball houses and my favorite “The Barney Appearance”. Ok it wasn’t really my favorite, because I had to be Barney. If you have ever put on one of those costumes, it is extremely hot in there! It was a good time though.

As she grew older, I found myself taking off time early at work to go to Tap & Ballet classes, School excursions like science trips and her favorite the Washington DC trip.

The Honor of my life was walking her down the aisle to be married to a wonderful son in law Jon. We had it at Disneyland, as that’s where he proposed to her in front of the wishing well. We arranged for her to be brought to the wedding in Cinderella’s carriage and that’s how they left too. Not to sound sappy but it was truly a magical event and Disney did it right.

I’m fortunate to have an amazing relationship with Jennifer, she is such a warm giving person. I love her with all my heart. This has truly been a blessing for me.