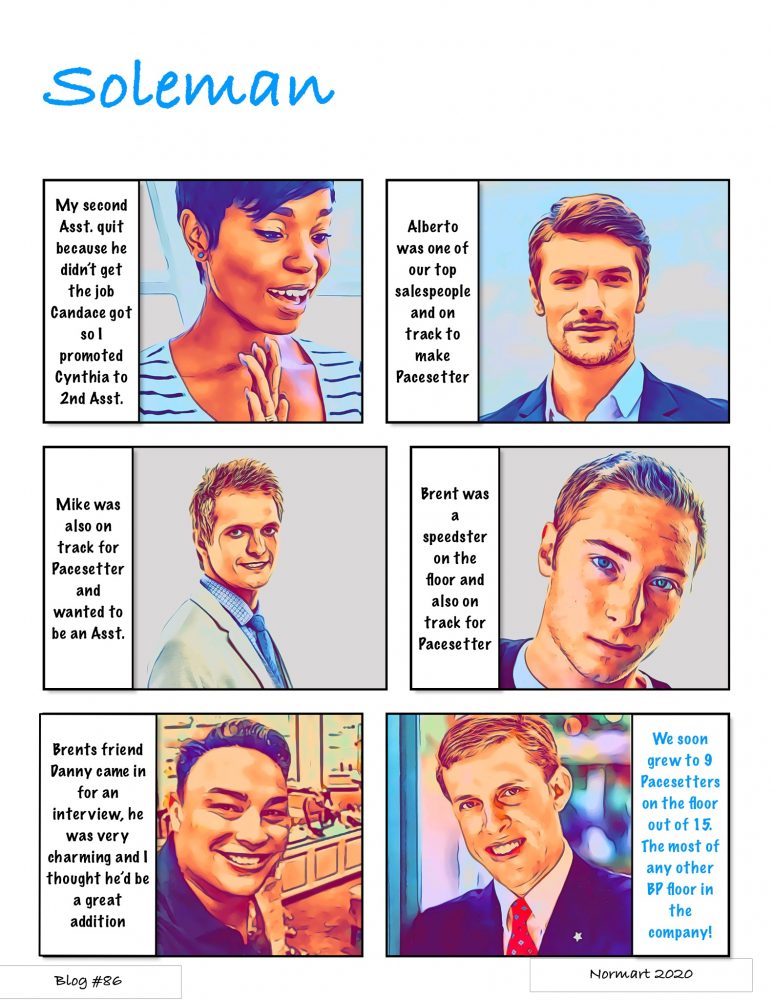 “Individual commitment to a group effort – that is what makes a team work a company work, a society work, a civilization work.” – Vince Lombardi

In Blog 85 I talked about how change is constant in retail. In this blog I wanted to talk about Team building.

Our 2nd Asst. was pretty dissapointed he didn’t get the promotion. “You gave it to someone from clothing?”. I could understand how he was feeling, I’ve had similar things happen to me too, it hurts. But with Jean Claude recommending Candace and myself feeling she was the better choice, he decided to leave the company. He was a good guy too, really liked him.

Candace and I decided to interview the candidates for the second position together. Cynthia was interested. She had a pretty strong background in the athletic world which really helped in that area. It was an area I really wanted to grow thinking it could propel us to number 2 for sure. She was great, down to Earth and we felt she was perfect for the job.

Candace was also down to Earth and she didn’t take any crap from anyone. Candace was strong. She never raised her voice, it was always in a very calm way. I think I was more of a hot head than she was, so we balanced each other out quite well.

The team dynamic was coming along really well. Our management team was stronger now and we acquired some more really strong salespeople.

Alberto was one of our top salespeople. He was quiet but had a strong presence. He was funny and great with the customers. Alberto was really consistent. Some salespeople will have good days and bad days. He was Mr. Consistency. He was on track for Pacesetter because of this.

Mike was a very energetic salesperson. He was constantly on the move and very expressive. He made it clear he wanted to be an assistant if we had another opening. He had amazing sales, people loved him. He was genuine and the customers trusted him. Mike was an up and coming employee for sure.He was also on track for Pacesetter.

Brent was a phenomenal salesperson. He was so fast on the floor it was hard to keep track of him. He was always hyper and had a great sense of humor. He liked calling me “Big Toe”. Never been called that before but I liked it for some weird reason. He clearly was on track and mentioned he had a friend that was interested in applying.

Danny was Brent’s friend. He came in for an interview the next week. His background was in modeling and sales. He definitely had the gift of gab. He was a sharp dresser and was very charming. I liked him immediately. This guy is going to hustle on the floor I thought. I was right.

He quickly turned into our top salesperson and became the 9th person to be on track for Pacesetter. We now had more Pacesetters than any other Brass Plum floor in the company. This is how we will get to number 2, having great people.