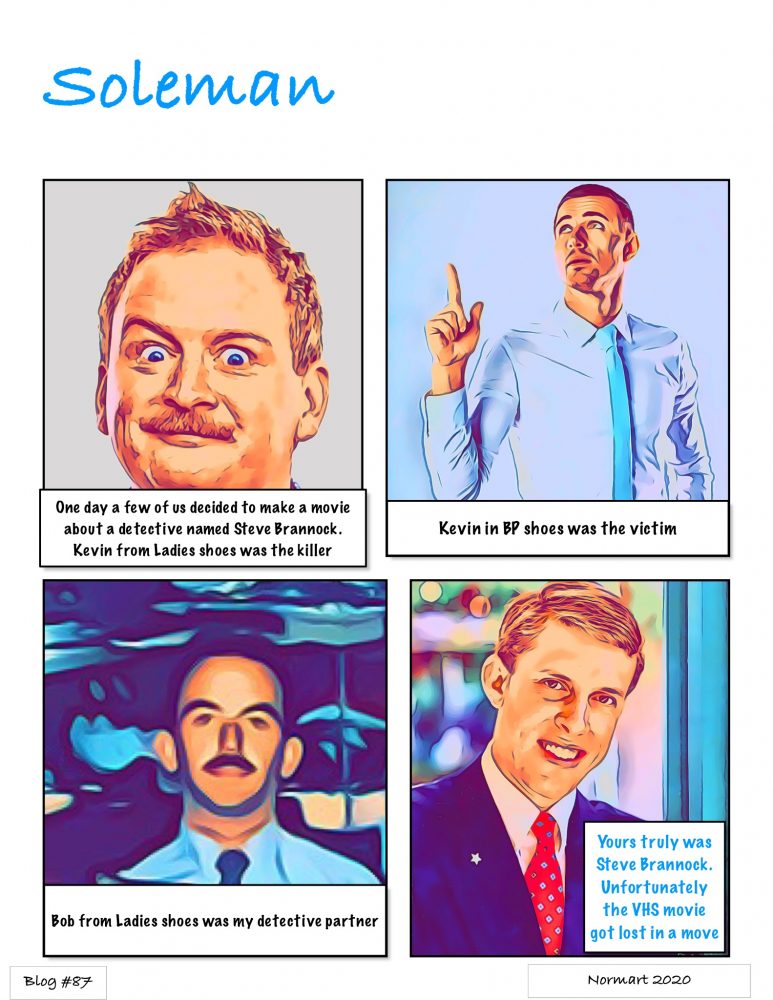 “Even though you’re growing up, you should never stop having fun.”. – Nina Dobrev.

In Blog 86 I talked about building a team. In this blog I wanted to talk about a Team building event we did.

I was always interested in film. In high school I took a film making class and won an award for ” best director”. For fun sometimes growing up, my brothers and I would make films of us as Aliens trying to take over the world. One day at work, we decided to make a short film about a murder and the detective that tried to solve the case. we decidied to get together on our days off.

Detective Steve Brannock played by myself

The victim: Kevin in BP Shoes

The Killer: Kevin in Ladies shoes

My partner: Bob in Ladies shoe

The story opens with Kevin partying and then there’s a knock on the door. The killer barges in, stabs Kevin with a sharpened shoe horn then snaps his neck. We used a twig for the sound effect of the neck breaking and it sounded so real it was cringe worthy.

Next scene, there’s Bob and I and another person discussing the murder scene. There was a part where someone had to say “there’s drugs everywhere and we have a victim with a broken neck and a sharpened shoe horn up his ass”. We couldn’t get past the laughter. It was several takes before we got it right.

The other thing was all the detectives were supposed to smoke and I don’t smoke. There were a few takes where I gagged, which also made people laugh. There was a party scene we shot during an actual party Alan was having at his house. We had so much fun filming this and laughing it was a good time for all.

We never actually “finished” the movie as we got super busy at the store but it was a great bonding event for all. Unfortunately the VHS tape broke and then got lost in a move. I was thinking about finishing the film saying 20 years later but then remembered the unfortunate loss of the tape. Good memories of a fun team building event though.

Team building is so important to a team. With all the stress that business brings you need to have a fun event or BBQ to have some fun together.