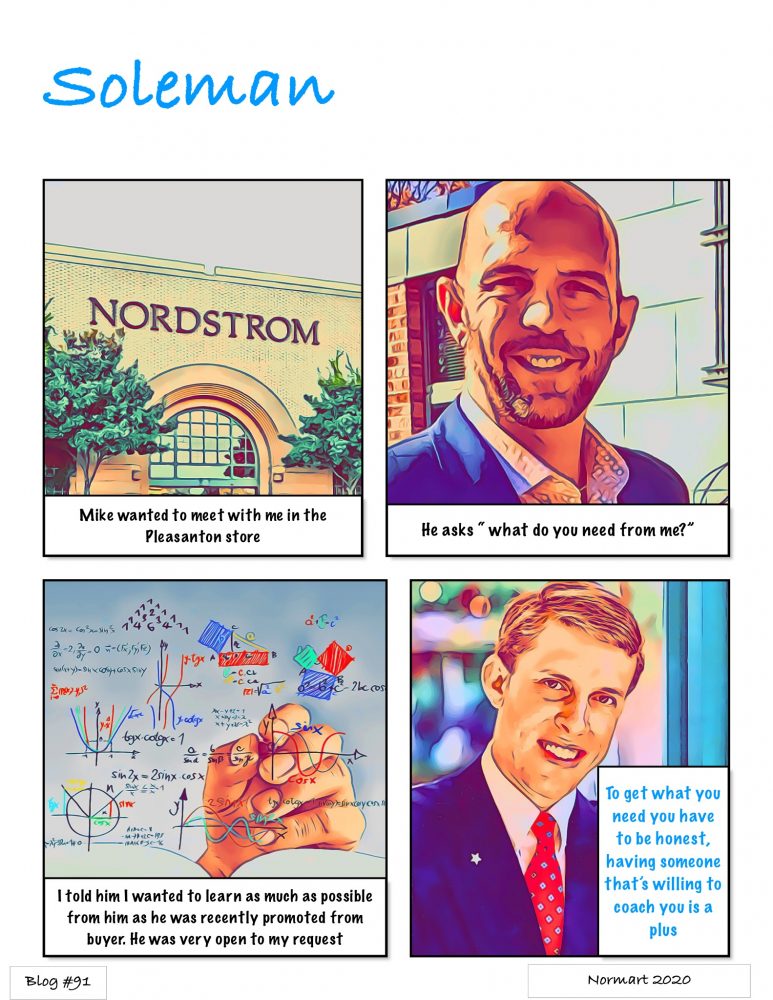 In Blog 90 I talked about Mentors & Change. In this blog I want to talk about how important honest feeback is. I mentioned in blog #90 that I met with Mike in our Pleasanton store and he seemed like a nice guy. I want to expand a little bit more on this meeting to prove a point which is the topic of this blog.

I met Mike in the morning in his office. He was very friendly and reached out to shake my hand when I arrived. I was thinking this guy is super cool. I had my reservations at first because Rob was such a big part of my growth and I didn’t know how that could ever be replaced. So far so good though.

He asked me to sit down and then asked “ what do you need from me?” Mike was very genuine. “ how can I help you in your job”. I thought about it for a bit then told him how impressed I was in his career. He had just been promoted to a RMM so I wanted him to teach me how he got there.

He was taken back a little but he assured me he would teach me all he knew. We talked about Arden Fair and the progress we made so far and he was impressed. I could tell he was going to be great for our region. He had a warmth to him that you could relate to. It was hard to compare him to Rob because they were so different. Rob was larger than life whereas this guy seemed like a college buddy that had been there done that.

We went over PO’s and people issues, talked about my family and my goals. It was a great meeting and I left really motivated.

I think it’s so important to be honest and let your higher ups know what you need. At first I was worried about being so honest with him because so many times at Nordstrom people would be polically correct instead of getting down to it.

Mike was different though which I appreciated. He also had a very different style than Rob which would only add to my growth. But being upfront with him it also gave him the tools neccessary to help groom one of his employees.