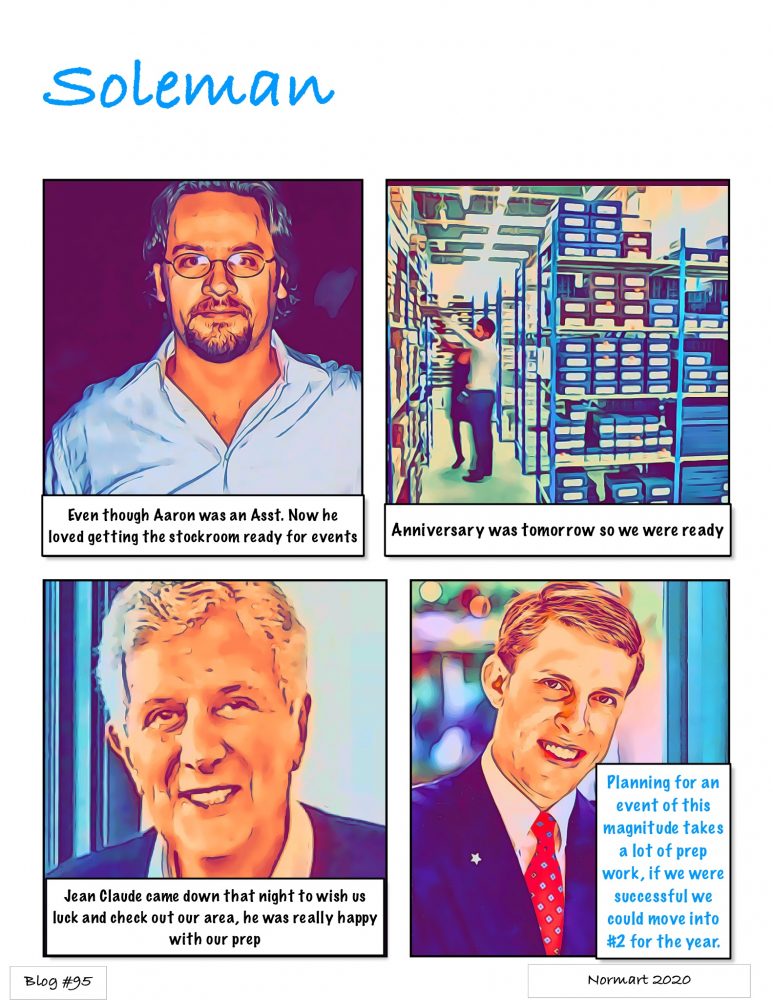 In Blog 94 I talked about how my team made the difference in the Anniversary event. In this blog I wanted to talk about how the Prep went to have the success we did.

In Blog 93 I talked about how the team had my back when I was sick with the flu on the first day of the Anniversary sale. In Blog 94 I talked about the team and how our 9 Pacesetters drove the business. I should have wrote more about the prep for the event so I will do that today

Aaron was a machine. He was an amazing Stock person. Attention to detail was his thing and when he went to the floor that carried over. The best part was when he became an Asst. we had “both Aarons”.

Aaron took the week off from selling the week before to prepare the stock room. Candace and I watched the floor to maintain the service while he dialed the back room. He shifted the whole backroom with the help of the salespeople and made an area right up front for all the Anniversary items. He labeled each with the sale price too so the “Women’s shoes” salespeople could easily sell our stuff too.

The “Juniors” area or Brass Plum Shoes as we were named generally didn’t have the attention of the Women’s side. The prices were typically lower and they liked selling the “Salon” stuff. This year though we had some really hot items like Converse All-Stars, Guess booties, Doc Martins and Zodiac boots.

Jean Claude came down the night before the sale and was amazed at how great we looked and the preparation we did to get ready. He made it a point to tell the crew how he felt which was amazing. It really made everyone proud of our department.

We were ready to go. We had sections of our best stuff so we wouldn’t run out and we made our schedule in such a way our Pacesetters were selling during prime time.

Aaron took a hit on the commissions he could have made that week but he figured he’d make it up during the event. I am so thankful he was around this time in our department as he definitely made a difference.

Having him and Candace as my management team and all the great salespeople would definitely put us to the number 2 spot in the company. Even when I got sick the first day, we were so dialed it didn’t matter. Goes to show you how important team and prep is in having a strong event.