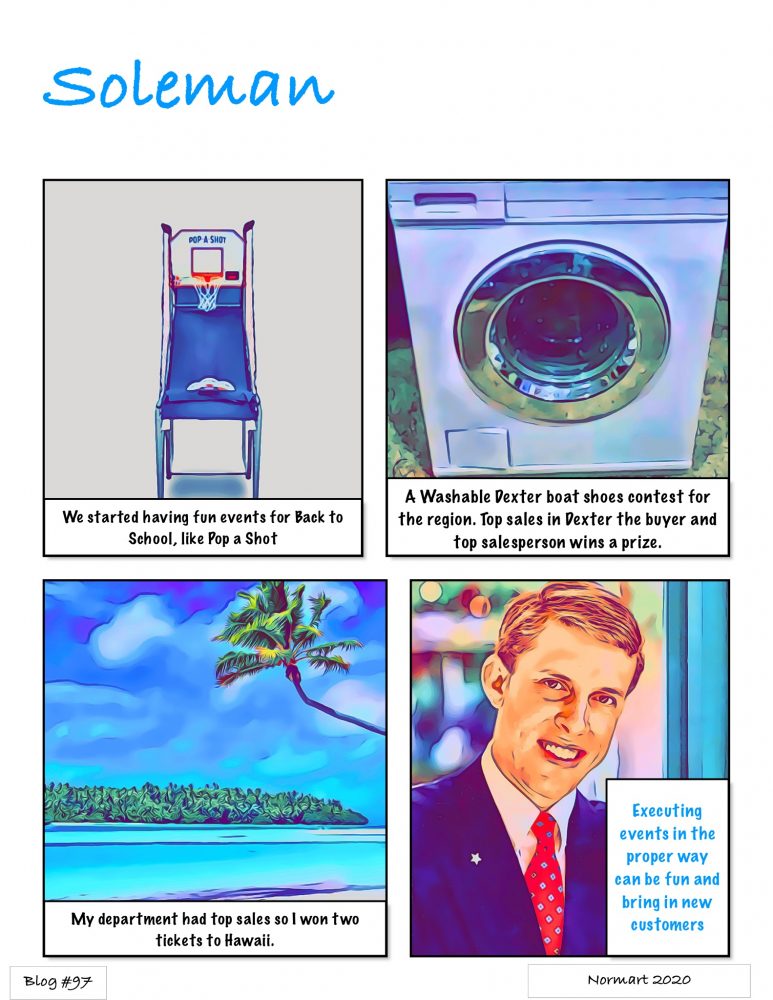 In Blog 96 I re-capped the Anniversary event. In this blog I want to talk about how we executed some of the fun events we did.

To draw people into our department we bought a Pop a Shot. This was a basketball game that was timed and the goal was to score as many points in that time. It was really fun. It had a speaker to let you know when time was running out so it wasn’t real quiet either. It was approved though so we rolled with it. It brought a lot of attention to our area which was great.

This is Johnny…the deep voice on the other end would say. He was my Dexter rep and one of the best. He pitched a washable product one day with a contest to go along with it. The buyer with the best sales and the salesperson with the best sales would each win a luxury trip.

Johnny was a great rep. he always came in to do reorders for our growing business. Dexter was a brand that had really comfortable basic casual styles. We decided to do a “never out program” and our business exploded. Johnny always gave great advice and we developed a great friendship through it all.

He suggested a display with washing machines to grab attention to these leather items that you could actually wash. They were a hit. We backed them up so we had plenty of stock and they sold like hotcakes. The displays drew people into our department as well because people were wondering why we had them over there.

The key to events is to bring them into the department with a compelling display, make sure your salespeople are educated in the product and have plenty of stock. Johnny was great in giving educational seminars on his product and did that for the washable program too. It was a really fun event and even better when I was having Mai Tai’s on a beach later that summer.