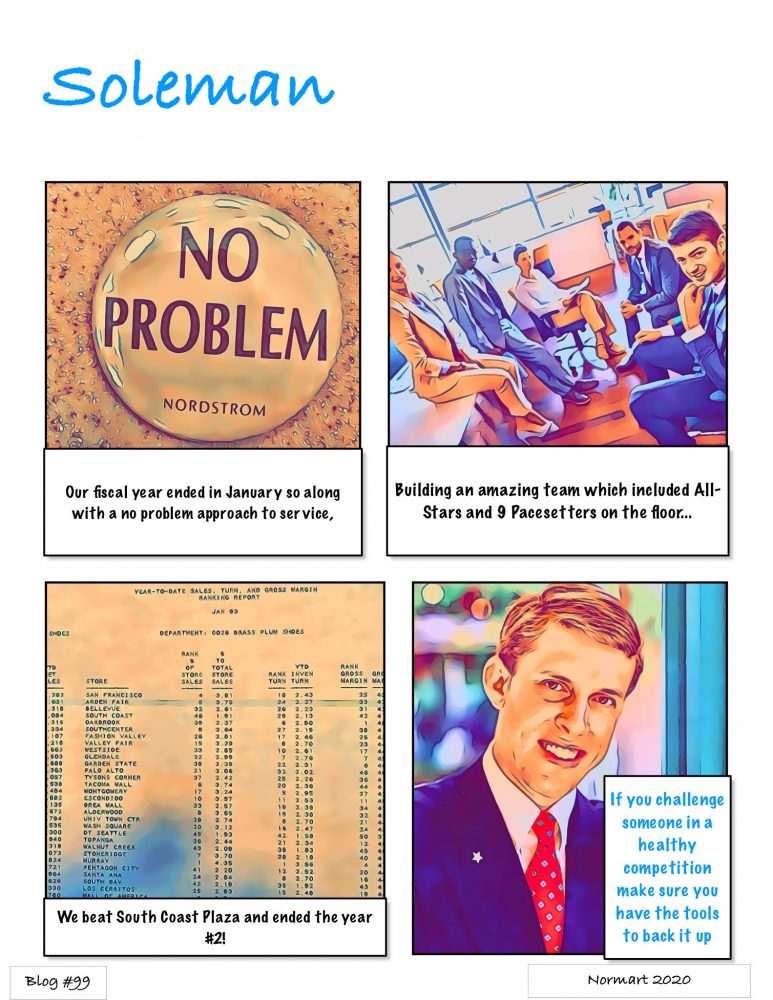 In Blog 98 I talked about a memorable Ffany trip I went on. In this blog I want to talk about how we ended the year.

Our fiscal year ended in January. We would soon be doing inventory and would also be getting the report on how we ended up in the store dept. ranking. We built an amazing team. It started with Candice coming on board and Aaron moving into an Asst. spot. From there we hired great salespeople.

Our ending Pacesetter numbers were as we thought, nine Pacesetters which was the largest amount of any Juniors Shoe dept.(Brass Plum Shoes). We also had quite a few All-Stars like Bill who did both well.

The best news was we beat South Coast Plaza for the year! We were a solid number 2 and they dropped to 4th place behind Bellevue who had an amazing year as well.

To recap we built a great team which was a big reason we had the results we did. We had a great mix of hot items we kept in stock which was another big reason. And probably the number one reason was we focused on making the customer happy. Keeping items in stock, having seminars to have an educated sales team and also people who could sell.

It was all the pieces that came together to walk the talk. When you lay down a gauntlet you better be able to deliver otherwise it’s just trash talk. But our team delivered that year and it was exciting. It was fun to see how we rose in the rankings. It was exciting to see so many of our sales team rise on the Pacesetter chart. And it was rewarding to see how proud our team was when we ended up number two.

I’ve been on a lot of great teams in my career but this year was one to go down as an amazing journey with a storybook ending.