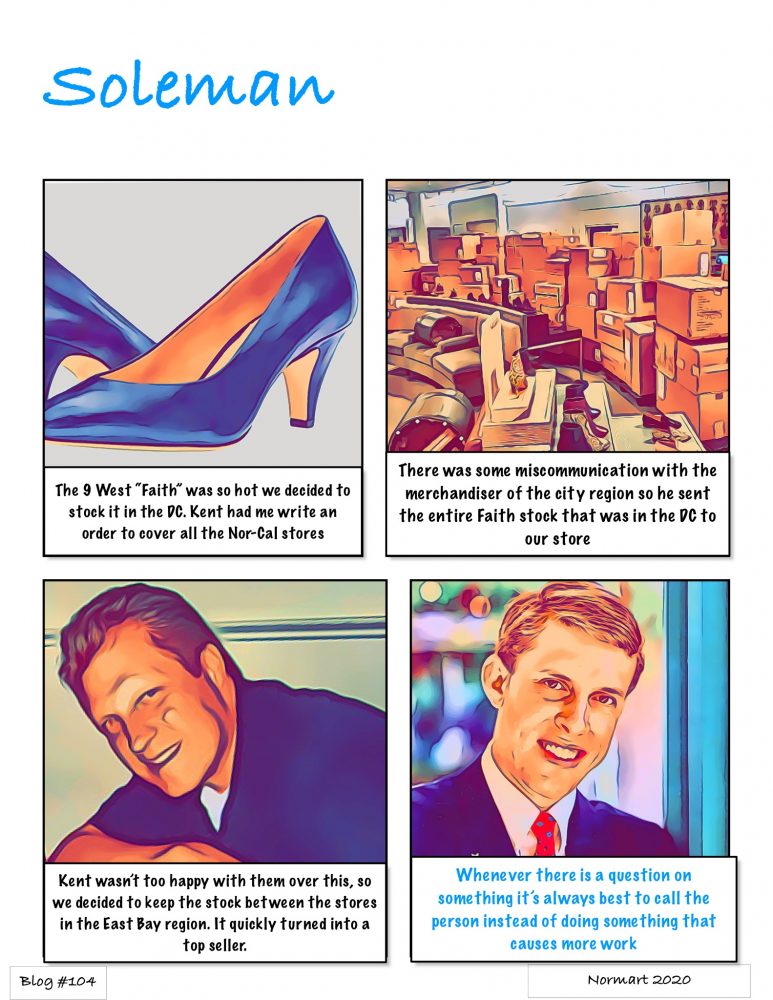 In Blog 103 I talked about how taking chances can pay off. In this blog I want to talk about communication breakdowns and how detrimental they can be.

The 9 West “Faith” was so hot, Kent decided to stock it in the Nordstrom DC. He had me write a PO to cover all the Northern Calif. Stores. The PO hit the warehouse the next month and the City region Merchandiser wasn’t happy about it. There was some miscommunication between Kent and him apparently.

A few days later I get the entire stock sent to me. We are talking about a few hundred cases all in the middle of my department and we have to open soon. I was pissed. He didn’t tell me he was doing it, just sent them to me. I called him and he was kind of laughing about it. So I called Kent and he was equally upset.

Kent told me to split out the pairs between the Eastbay stores, which I did and it became one of the best items in the region. Too bad city region… Looking back now it was pretty funny what he did in a weird way, but it caused so much drama it could have been avoided with a phone call.

This taught me to always address issues head on and be honest with the person you are dealing with. Yeah it might be funny to send a department 100 cases as a “lesson” but he didn’t call or ask me anything. I would have told him our Merchandiser asked me to write the order and they could have split them out from the DC to the Eastbay stores if it was an issue. This caused our dock to be full the entire day and hard to work in, so it didn’t just affect the shoe area either.

All these are life lessons though and if we can learn and grow from them its ok. At the time its always hard to say to yourself “this is a life lesson and I will grow from it”. Always best to take a moment and decide what the solution is first.